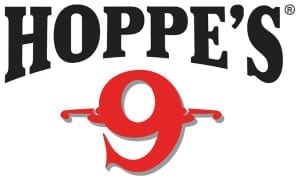 OVERLAND PARK, Kansas – (ArmsVault)  – Hoppe’s the No. 1 name in gun care products, and Champion, makers of trusted eye and ear protection, is pleased to announce that legendary shooter Jerry Miculek has chosen to serve as an ambassador for both brands during the 2020 competitive shooting season. Miculek, widely acknowledged to be one of the best all-around shooters in the world, will serve as a representative of Hoppe’s gun care products and Champion Vanquish hearing protection as he prepares to compete in his 31st year of professional shooting.

“Entering into a partnership with Hoppe’s feels a lot like coming home,” said Miculek. “It was the first firearms cleaning product I ever used and it’s a special feeling to once again be back with the brand.”

“As for Champion, I’ve been testing their new Vanquish hearing muffs for some time now and it’s certainly the best hearing protection I’ve ever used,” continued Miculek. “To be able to add them along with Hoppe’s, makes it almost too good to be true.”

Throughout his historic career, Miculek has proven to be among the best in a variety of shooting disciplines, winning 52 national titles and 45 world titles, while setting numerous speed shooting records. Although best known for his amazing feats with a revolver, Miculek is also one of the top Multi-Gun competitors in the world and has demonstrated equal prowess with pistols, rifles and shotguns. His varied shooting skills have been highlighted on numerous television programs and with countless competition and hundreds of shooting demonstrations under his belt, Miculek is arguably the most well-recognized shooter on the planet.

“To say that we are excited to have Jerry join our team is a huge understatement,” said Jason Slinkard, Director of Shooting Accessories for Vista Outdoor. “His decision to represent both Hoppe’s and Champion is a huge validation of the products being developed by both brands and we look forward to using his numerous years of experience to bring even better products to market.”

In 1903, Frank August Hoppe mixed nine chemicals and created the world’s most effective gun cleaner. As a well-trained young soldier, Frank knew that gun care went far beyond just a clean rifle, but actually helped to ensure his safety while on the front lines of battle. Since that time, Hoppe’s has emerged as the leading gun care company, having grown along-side hunters, shooters, and soldiers who depend on their firearms every day. It has remained the most trusted name in gun care by advancing and evolving technologies to meet those needs. From the ever-popular and versatile No. 9 and the quick and easy BoreSnake, to the marvel of efficiency we call Gun Medic, Hoppe’s is the only name you need to know for firearm cleaning and protection. For more information, visit www.hoppes.com., connect on Instagram at www.instagram.com/hoppesguncare/ or on Facebook at www.facebook.com/hoppesguncare.

Champion is a leading provider of quality trap throwers, paper targets, metal targets, clay targets, hearing and eye protection and shooting systems. Shooting is a fun pastime, and Champion produces a wide variety of products to enhance the experience for shooters of all levels. For more information, visit www.championtarget.com, connect on Instagram https://www.instagram.com/championtargets/?hl=en or on Facebook at https://www.facebook.com/ChampionTargets/