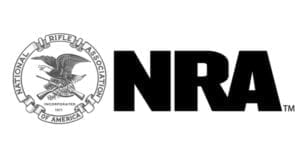 FAIRFAX, Va. – (ArmsVault.com) – The National Rifle Association’s 148th Annual Meetings & Exhibits, presented by MidwayUSA April 25-28, 2019, in Indianapolis, Indiana, was met with energy and enthusiasm from a massive crowd of 81,283 members.

This year’s event boasted the largest exhibit hall ever, featuring 15 acres of guns, gear and outfitters from more than 800 exhibitors. Looking ahead to the 2020 Presidential election, the atmosphere in Indianapolis was one of great resolve and anticipation. It was a time to remind NRA members that the fight to defend our cherished freedoms never ends, and that now is a time of great opportunity to build a better future for the Second Amendment and gun rights. 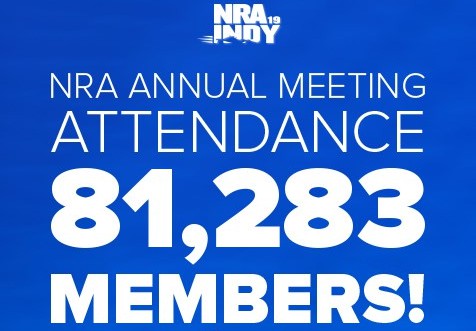 In addition to the sprawling exhibit hall, the NRA Annual Meetings featured a nonstop lineup of special events and performances throughout the four fantastic days. The NRA-ILA Leadership Forum presented by Townhall Media and Bearing Arms and sponsored by Henry Repeating Arms was headlined for the second year in a row by President Donald J. Trump and Vice President Mike Pence, who reaffirmed their commitment to protecting the firearms freedom of law-abiding Americans to a cheering, capacity crowd. President Trump’s speech marked the third year in a row that he has joined with thousands of NRA members to share his support for our Right to Keep and Bear Arms.

Join or Renew NRA Membership at Our Discounted Rate

The National NRA Foundation BBQ and Auction, sponsored by Henry Repeating Arms, Century Arms and Kimber, kicked off the NRA Annual Meetings on Thursday, April 25, with a sold-out crowd of nearly 1,500 patriots enjoying an evening full of friends, family, firearms and fundraising. The Saturday Evening Celebration presented by Davidson’s Gallery of Guns and sponsored by Ruger featured country music legend Alan Jackson and special guest William Michael Morgan. The concert rocked the house at Lucas Oil Stadium with chart-topping music and continued the celebration that lasted throughout the weekend.

“The NRA is the foremost defender of our Second Amendment rights, and MidwayUSA is proud to have been the official sponsor of the NRA Annual Meetings and Exhibits for the past 10 years,” said Jeff Larkin, VP Marketing, MidwayUSA. “It’s great to see so many firearm enthusiasts gather to celebrate the shooting sports and see the amazing new products created by the innovative companies represented at the show. We look forward to seeing everyone next year in Nashville!”

Each year tens of thousands of NRA members eagerly anticipate the ceremony, camaraderie and passion that can only be found at the country’s leading event dedicated to celebrating the Second Amendment—the NRA Annual Meetings and Exhibits. We look forward to continuing the proud traditions of the NRA’s signature event next year in Tennessee, when we return to Nashville April 16-19, 2020!

Established in 1871, the National Rifle Association is America’s oldest civil rights and sportsmen’s group. 5.5 million members strong, NRA continues its mission to uphold Second Amendment rights and is the leader in firearm education and training for law-abiding gun owners, law enforcement and the military. Visit www.nra.org.