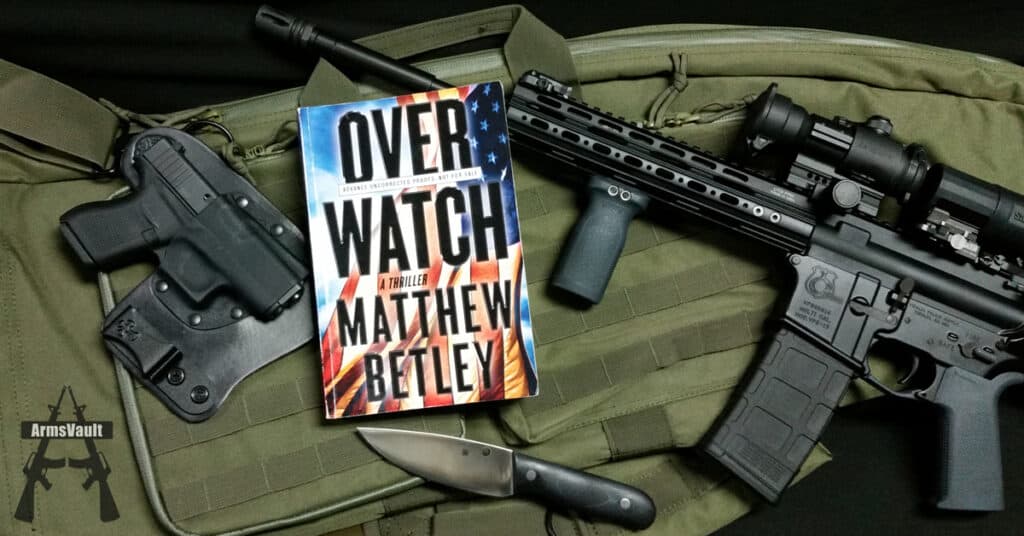 A review of Matthew Betley’s new thriller, Overwatch… from a gun owner’s perspective.

Overwatch kicks off with retired Marine, Logan West, waking up on his basement’s floor, still hungover from days of drinking. He is greeted by a voice that should not be there. This life-or-death encounter “triggers a global race against the clock to track down an unknown organization searching for an Iraqi artifact that is central to a planned attack in the Middle East—one that will draw the United States into a major conflict with Iran.”

Are you serious?!… I just can’t wrap my mind around the fact that this is Matthew Betley’s first novel! Overwatch is packed full of action, great characters, and interesting locations. And to top it all off, Betley has a great writing style that is super-easy to follow. We’ll be seeing a lot more from this author!

As I was reading Overwatch, it never really occurred to me that the book was so full of references to various guns and gun-related gear. But as you can see from the following list, there are plenty of gun mentions that my fellow gun enthusiasts will appreciate. But if you aren’t as “in to guns” as some of us, don’t worry… the gun references don’t overpower the story.

Spoiler Alert: If you don’t want to know what guns are referenced in Overwatch, you should skip to the Image Notes portion of this post.

Overwatch is currently available for pre-order at: