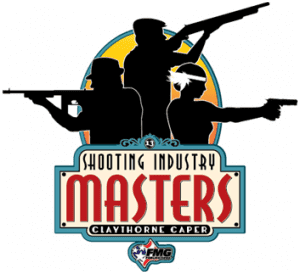 SHOOTING INDUSTRY MASTERS IS SOLD OUT FOR PLATINUM SPONSORSHIPS AND TEAM SLOTS!

San Diego, Calif., Feb. 9, 2015 — The overwhelming popularity of the Shooting Industry Masters has resulted in an early sell out of Platinum sponsorships and team slots for the second year running. The 2015 FMG Publications produced event will be hosted at the Claythorne Lodge in Columbus, Kan., July 24-25. Gold, Silver and Bronze sponsorships are still available, as well as opportunities to contribute auction items and raffles prize packages.

“The Shooting Industry Masters has become one of the most talked about events of the year in our industry,” said Randy Molde, Match Chairman. “ We are grateful for the continued support and involvement from virtually every segment of the industry. It’s an honor to produce an industry-backed effort that helps fund the future of shooting sports.”

A major objective of the Masters is to raise money for the First Shots program of the National Shooting Sports Foundation (NSSF). In recent years, FMG has raised more that $280,000 for First Shots, which introduces new shooters to firearms in a safe, responsible manner.

“It is our goal to raise $100,000, for the First Shots program this year,” Molde said. “This is quite a goal beyond previous years, but we’re part of an industry that understands the importance of safety and responsible gun ownership. We at FMG believe that helping to grow the next generation of shooters is a foundational part of our mission and responsibility.”

FMG raises money at the Masters for First Shots and other shooting sports programs through a series of auctions and raffles. For details on donating products and other sponsoring opportunities, contact Media Direct at 309-944-5341 or email Jacob Eaton, Jacob@mediadirectcreative.com.

Now in its 13th year, the Shooting Industry Masters successfully brings many facets of the industry together for a relaxed, pressure-free shooting event where camaraderie and fun are top priorities.