Oak Ridge, NC – (ArmsVault.com) –  Silent Legion is joining forces with USIQ in booth #215 at the NRA’s 148th annual Indy convention. FAB Defense and Helix 6 are also sharing the booth space, making it one of the most exciting places for folks to stop and visit. 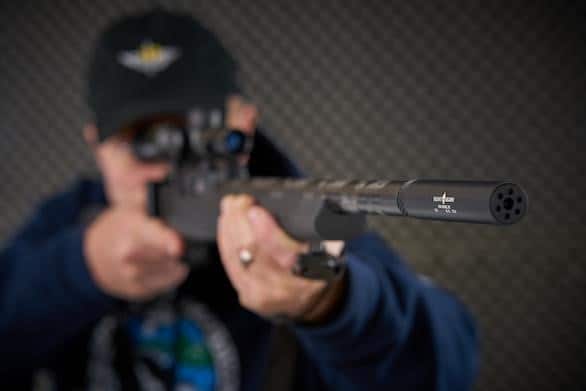 The convention runs April 26-28, 2019 and more than 800 exhibitors are filling the 15-acre venue. It’s a major event that has been a favorite gathering for more than a century. The three days are action-packed, and visitors can easily attend one of many live speaking events while enjoying entertainment between booth visits.

Silent Legion is thrilled to showcase their USIQ partnership while displaying the ever growing line of silencers. Shooting suppressed is safer, better for the community and is gaining momentum among hunters and target shooters around the country. State laws are also reflecting the advantages of suppressors through the legalization of their use for hunting and general shooting applications.

At Silent Legion, every suppressor is built to last and perform at the highest possible level. Easy attach and detach systems combined with lightweight units makes for an excellent shooting tool that suppresses sound while reducing recoil. The Silent Legion team back each suppressor with a lifetime warranty.

Come meet the team and learn more about the exciting developments at Silent Legion by visiting booth #215 at the Indy Convention.

Silent Legion, based in North Carolina, builds suppressors to the highest quality standards in an ISO-9001 certified facility. The company is unique in many ways, such as being owned and led by a prior military service member who is also an accomplished Mechanical Engineer and gun designer.  Silent Legion suppressors are warrantied for life and are available in both quick-detach and direct-thread models for an extremely wide variety of calibers and firearm types. Further, Silent Legion prides itself on including whatever components a buyer needs in the box. That includes suppressor versions with quick-detach mounts, serviceable cores, and even a complete Multi Caliber Kit, all without requiring consumers shop for extra parts.