(Greeley, PA) – (ArmsVault.com) – Kahr Firearms Group, a leader in innovative firearms design and manufacturing, is proud to announce that John “TIG” Tiegen will make a special appearance at the Kahr Firearms Group booth #6063 during the 2019 NRAAM in Indianapolis, IN. 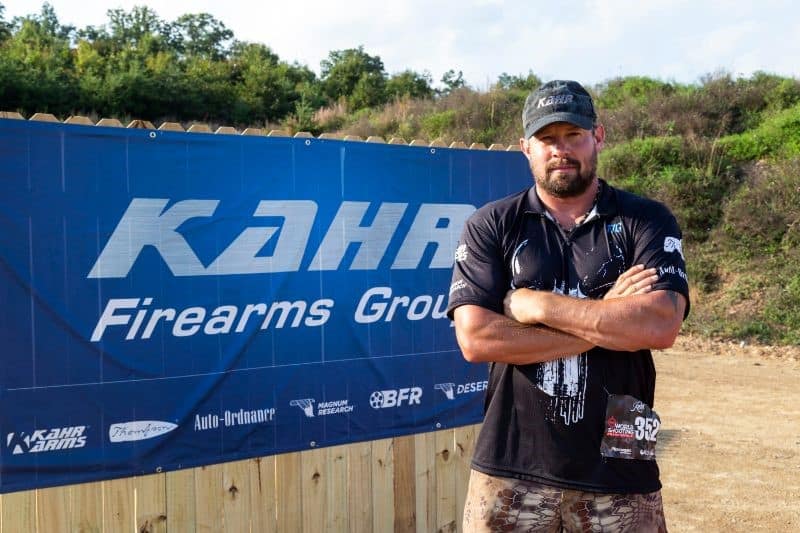 TIG will be in the Kahr Firearms Group booth during the NRA Annual Meetings and Exhibits signing books and posters and greeting fans. Copies of his book will also be available to purchase. His scheduled appearance times are:

John “TIG” Tiegen is an American hero, survivor of the 2011 Benghazi attacks, co-author of the book 13 Hours: The Inside Account of What Really Happened in Benghazi, former GRS Operator and veteran of the United States Marine Corps. Joining the USMC at the age of 17, TIG has been devoted to serving his country for decades. After four years of military service, TIG spent several years as a security contractor with Blackwater Security on missions to the Middle East. He also joined the CIA’s Global Response Staff working security in high-threat environments worldwide. This role led TIG to his place as an Annex Security Team member in Benghazi during the 2011 terrorist attacks. His bravery and action with his team to fight terrorists and rescue many lives over 13 hours of unassisted combat led to TIG’s reception of the Award for Heroism and Valor. TIG and his wife, Margaret, continue to serve others through their non-profit foundation Beyond the Battlefield. It was founded in 2017 with the mission to provide support for wounded veterans as they face the many challenges encountered during rehabilitation, the healing process and reintegration into everyday life.

Throughout the past year, Kahr Firearms Group collaborated with John “TIG” Tiegen to introduce the TIG Series, a collection of special edition firearms available for fans. The collection includes the Auto-Ordnance TIG Model Tommy Gun, Kahr Arms TIG Series ST9 pistol and the Magnum Research TIG Series Desert Eagle .50AE. Each gun in the collection is engraved with its number in the series, the TIG logo, TIG’s signature and the Beyond the Battlefield logo. A portion of the sales from the TIG Series Collection will be donated by Kahr Firearms Group back to Beyond the Battlefield Foundation to help support veterans in need.