Fredericksburg, Texas (March 2018) – (ArmsVault.com) – Cimarron Firearms honors William Frederick “Buffalo Bill” Cody with a Buffalo Bill Signature Series Frontier Model, in tribute of Bill’s original Colt Peacemaker in .45 Long Colt. America’s first true celebrity, Buffalo Bill was a self-made man, master of his own destiny, who transformed himself many times through his long career. Now, collectors, sport shooters and fans of the history of our American Western culture can now own this unique revolver. 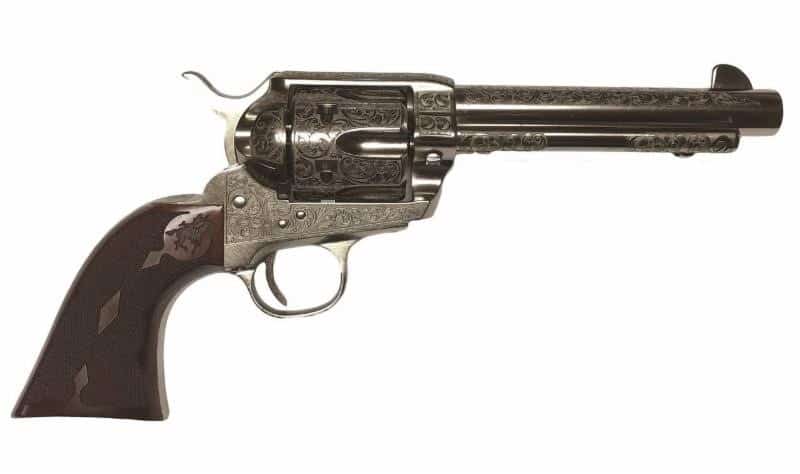 Cimarron’s Buffalo Bill Signature Frontier is a loving tribute to the World Famous Colt Peacemaker revolver with a 5 ½” barrel. It was popular with both lawmen and outlaws, hence how the nickname “Peacemaker” evolved. Cimarron’s Buffalo Bill version with a nickel finish features a backstrap engraved with Buffalo Bill’s signature, exquisite 90% coverage laser engraving and a handsomely checkered walnut grip.

Born in the Iowa Territory in 1846, Buffalo Bill started his career in the Pony Express at age 14 carrying messages on horseback from the firm’s office in Leavenworth, Kansas to a telegraph station. He served with the Union during the American Civil War and became an Army Scout during the Indian Wars, where he earned a Medal of Honor (the Medal was revoked, along with medals from other recipients in an attempt to reorganize military award hierarchy but was later re-awarded posthumously). 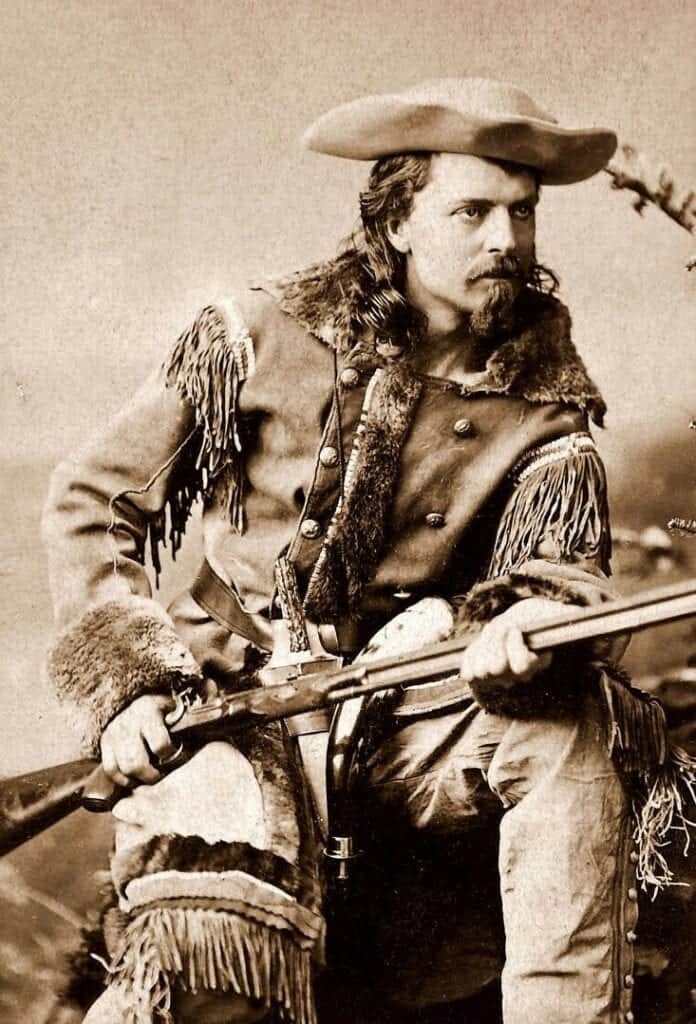 Buffalo Bill earned his nickname from a contract to supply the Kansas Pacific Railroad workers with buffalo meat. Barely 23 years old, the young Buffalo Bill met a writer who published a story loosely based on his adventures. More stories and books followed making Buffalo Bill a household name through the popularity of the western dime novels.

Buffalo Bill’s greatest contribution to American Western folklore came through his Wild West shows. Gathering cowboys, American Indians and other performers, his touring company traveled through America, Europe and England. His acts included Indian attacks on stagecoaches or frontier families, reenactments, horseback parades and shooting events with the likes of Annie Oakley, Wild Bill Hickock, Calamity Jane and others. Other historical figures, like Sitting Bull, also participated in his show, appearing with a band of his braves in full battle regalia. 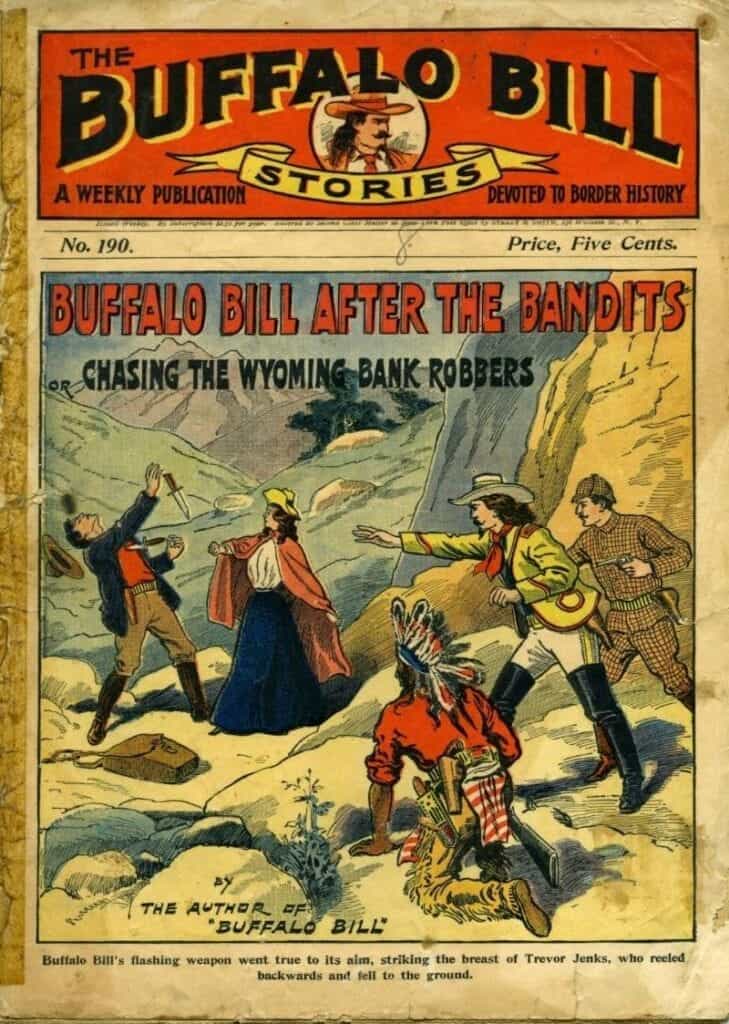 Not one to rest on his laurels, Buffalo Bill founded Cody, Wyoming, near Yellowstone Park. He was instrumental in growing the town, to include a hotel and streets named after his associates. During Buffalo Bill’s life, the frontier had changed drastically. Once great herds of bison roamed the plains and now the herds had dwindled. Railroads connected territories and states with more people moving west. William Frederick “Buffalo Bill” Cody, showman, entrepreneur and storyteller, now added conservationist and preservationist to his large list of occupations and passions. Buffalo Bill, a boy from Iowa, had made a name for himself worldwide and through his stories and shows, exemplified how the world perceived the American frontier for years to come.