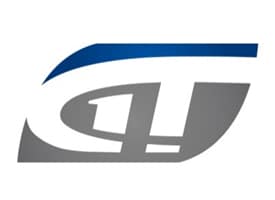 Mandeville, LA – (ArmsVault.com) – New for 2018, Gun Talk Media is excited to announce the addition of live video coverage from SHOT Show in Las Vegas. No stranger to live videos on social media platforms, Gun Talk is bringing viewers what they want, where they want it.

“In our current social media space, 80% of customers would prefer watching live videos rather than other social content types,” said Ryan Gresham, VP of Sales and Marketing. “For brands, live video is a great way to show off new products and reach a large audience simulcasting across multiple digital platforms.”

Viewers can tune in to Gun Talk on YouTube (http://www.youtube.com/guntalktv) and Facebook (https://www.facebook.com/guntalkmedia/) all week from Tuesday, January 23rd, through Friday, January 26th, to interact directly with reps from Gun Talk and various companies. “Gun enthusiasts will see the latest from their favorite gun industry brands, and can ask questions live during the broadcast,” continued Gresham. “We have a variety of products including ammunition, optics, pistols, rifles, silencers, clothing, knives, stocks, training, and more.”

If viewers cannot tune in live to Gun Talk’s YouTube or Facebook channels, the videos can be viewed on both pages, plus Roku, Amazon Fire, Apple TV, and www.guntalk.com.