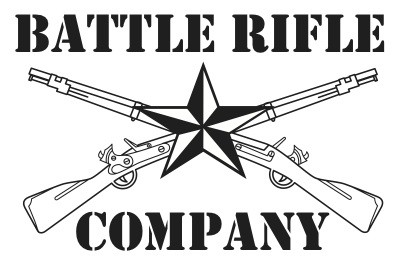 (Brownsville, TX) – (ArmsVault.com) – The University of Texas Police assigned to the Rio Grande Valley Campus, located on the US/Mexico border, have the distinct honor of serving the southernmost university in the country. The matter of safety and security of both the students and teachers, so close to the international border, makes their primary mission all the more important. 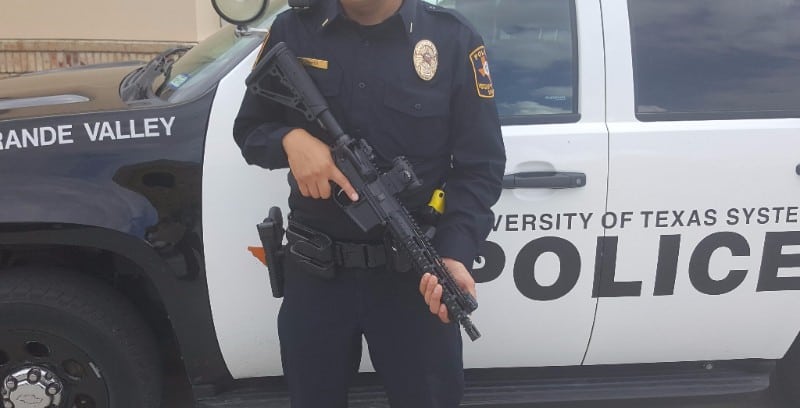 Battle Rifle Company is providing the tools to meet that challenge with the department’s recent purchase of 10.5 inch BR4 Diablo short-barrel rifles, to be used by the UTRGV Police SRT team.

The rifles are upgraded and equipped with flip-up metal sights, AIMPOINT T2 red-dot sights with co-witness mounts and single point slings. The Diablo rifles are Battle Rifle Company’s clone of the Navy’s MK18. The rifles are semi-auto, but have the upgraded trigger sets from ALG for long lasting, reliable operations.

The University of Texas instituted their own police force following the incidents surrounding the Austin Tower Shooting in 1966. As a department, there are detachments assigned to every campus throughout the state. The UT Police are one of the largest departments in the State of Texas, with nearly 600 sworn officers. This is the 2nd major campus that Battle Rifle Company services in the UT system.

Battle Rifle Company is a custom builder of AR style rifles for law enforcement, tactical shooters and government agencies. This program is also available to Foreign Law Enforcement and Government Agencies under ITAR Compliance. To learn how we can build something for you, contact: