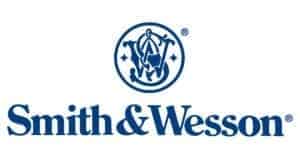 Doug Koenig, Professional Shooter for Team Smith & Wesson, said, “When I started competing in the Bianchi Cup in 1987, I never dreamed I would be bringing home my 18th Bianchi Cup title in 30 years. I’m very proud to be able to claim so many Bianchi Cup wins over my career, and it is always a privilege to compete with the talented shooters that participate in the event each year. I appreciate the continued support of Smith & Wesson and I look forward to next year’s match.”

Julie Golob, Captain of Team Smith & Wesson, said, “After top performances in IDPA earlier this year, Team Smith & Wesson switched gears this spring to compete with Performance Center M&P C.O.R.E. pistols equipped with optics. The Performance Center M&P pistols have performed well and have helped us achieve several podium finishes in both USPSA and multi-gun sports regional and national championships. The spring of 2017 marks a fantastic start for the team, and we are excited for our next events on the circuit.”

For more information about Team Smith & Wesson and the products they use, please visit www.smith-wesson.com

Smith & Wesson Corp. is a U.S.-based leader in firearm manufacturing and design, delivering a broad portfolio of quality firearms, related products, and training to the U.S. consumer and law enforcement markets, as well as global military and law enforcement customers. The company’s firearm division brands include Smith & Wesson®, M&P®, Performance Center® and Thompson/Center Arms™. For more information on Smith & Wesson, call (800) 331-0852 or log on to www.smith-wesson.com.