COLUMBIA, Mo. – (ArmsVault.com) – The National Rifle Association is proud to announce its 39th National Action Pistol Championship. Better known as the NRA Bianchi Cup for its world famous silver trophy, this major action pistol match will be held May 24-27, 2017 in Hallsville, Missouri at the Green Valley Rifle & Pistol Club. 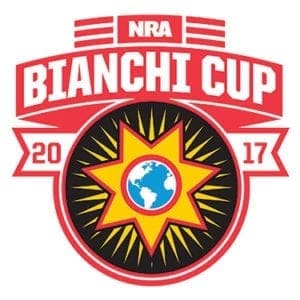 “The Bianchi Cup could not be the world’s most prestigious pistol match without the support of its sponsors, said Executive Director of NRA General Operations Josh Powell. “We thank each of them for their outstanding support and look forward to another exciting and intense competition this year.”

Founded in 1979 by former police officer and holster maker John Bianchi, the 192-shot NRA Bianchi Cup attracts the world’s best pistol shooters. This year’s competition features a change in format, as the multi-gun aggregate has been reinstated and will be fired on Tuesday, May 23.

Additionally, the top 40 competitors from the first 1920, Match X, will advance to the Colt Championship Final, where they will fire an additional 1920 through the same four NRA Bianchi Cup events. The top 40 will be comprised of the top 16 Open, 4 Metallic Class, 4 Production Class, 4 Ladies, 4 Juniors, 4 Seniors, and 4 Grand Seniors. The winner of the Colt Championship Final Round will be named the 2017 NRA Bianchi Cup Champion. A separate trophy cup will be given to the champions of all other classes and categories. Individual event winners and results of team competitions will be determined from Match X.

Competition categories are determined by age, gender, and the number of modifications a shooter makes to their pistol to increase speed and accuracy.

“We take great pride in our heritage as supporters of the shooting sports, especially in our long-standing association with the NRA Bianchi Cup through our sponsorship of the Colt Championship Round,” said Paul Spitale, SVP at Colt. “Through this type of engagement with the world’s most elite competitors, we at Colt are inspired to continue to challenge ourselves to live up to the expectations of these demanding athletes.”