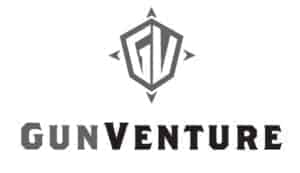 The Ultimate Shooting Experience – This Week on GunVenture

Mandeville, LA – (ArmsVault.com) – It’s a peek at some of the country’s finest gun clubs, this week on GunVenture. First, join Tom Gresham and RECOIL Magazine’s Iain Harrison as they tour one of the original “Guntry Clubs” – the Scottsdale Gun Club. They’ll see the exclusive Titanium lounge before heading to the range for a little machine gun shooting with Sig Sauer’s John Hollister. Then, it’s a look at Centennial Gun Club’s upscale retail store, range, training center, and lounge. Finally, we visit the Talladega Superspeedway, where Ryan Gresham gets the chance to take a lap on their infamous track before checking in at the Civilian Marksmanship Program’s high-tech electronic target shooting ranges. He’ll put his skills to the test with the CMP’s challenging “Crazy Quail” clay target shoot!

From the Arizona desert to the snowy mountains of Oregon, along the East Coast and into the hills of Texas, follow the GunVenture Team as they explore the world of shooting – hunting, training, target shooting, and everything in-between. The GunVenture crew also manages to fit in a few side trips: It might be a visit to a brewery, shooting machine guns, the search for the best lobster roll, or off-roading in a Jeep. Whatever it is, you KNOW it’ll be fun!

GunVenture airs year-round on Sportsman Channel on Mondays at 2:30 PM Eastern, Wednesdays at 1:30PM EST, Thursdays at 9:30PM EST, Fridays at 12:30AM EST, Fridays at 2:00PM EST, and Saturdays at 3:30AM EST. Sportsman Channel can be found on DirectTV Ch. 605, DISH Network Ch. 395, AT&T U-Verse Ch. 642, and on your local cable provider. Check your local listings for additional channel information, and for more information on GunVenture, visit http://www.thesportsmanchannel.com/shows/gunventure/. Learn more about the show, and get the latest news, at https://guntalk.tv/site89.php and http://www.youtube.com/guntalktv.