Greeley, PA – (ArmsVault.com) – Last fall, John Nagel from Lawrenceville, Georgia, was introduced as the Pro Shooter representing Magnum Research at shooting events across the U.S. Now, Magnum Research is proud to announce that Nagel has earned even higher honors among the shooting community.

Since July of this year, John has earned three Grand Masters classifications in the USPSA/SCSA.  This is the highest class level and only 5% of shooters in the country have earned this status. John earned titles in three divisions including: RFRI (Rimfire Rifle Iron Sights), RFRO (Rimfire Rifle Open Sights), RFPO (Rimfire Pistol Open). 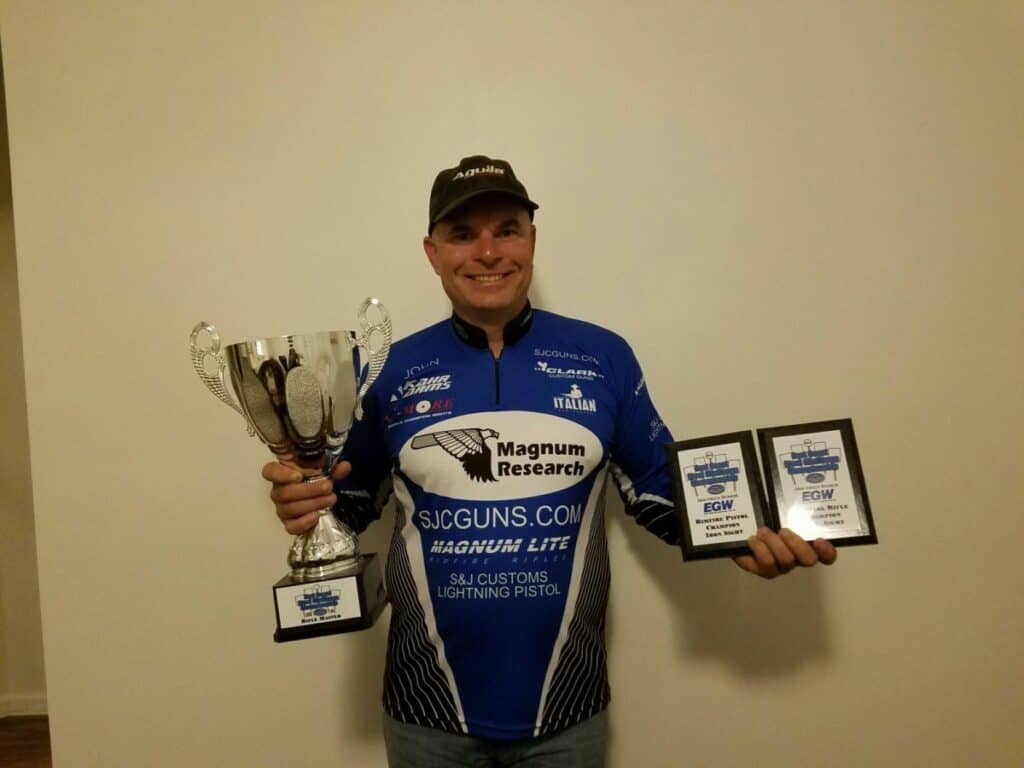 “This has been a 15 year goal of mine and a personal triumph, and I have worked long and hard towards reaching this goal” stated Nagel. “The support I got from Magnum Research, my family, friends, and the shooting community has been so rewarding and I am honored to be part of this elite group of professional shooters.”

According to Jim Tertin, Director of Design, Research and Development, Nagel is the perfect pro shooter to represent Magnum Research. “When John first joined the Magnum Research team, he already had an impressive list of accomplishments, but now, with his Grand Masters wins, he has clearly demonstrated not only his skill as a professional shooter but truly the tremendous accuracy of our Magnum Light .22 rifles. We couldn’t be more proud of him.”

In addition to John’s three newly-acquired Grand Masters Classifications, he has earned his AAA card from IHMSA competitions, a master classification from NSSF at the 2013 world match, and is a member of the 1-Second Club, hitting 3 targets with 5 shots in just 1 second. In addition, Nagel has competed in USPSA GSSF and various other competitions, including cowboy action and extreme long range silhouette matches. His success also includes at least 13 NSSF regional wins in 3 separate divisions, 2 silver medals from the 2014 US Steel Nationals and silver medals from two previous NSSF World Championships. Additionally, Nagel has received 2 silver medals at the Steel Challenge Shooting Association World Championship. In total, he has earned 7 world records with rimfire rifle competitions. Most recently, John has won two USPSA/SCSA Level 3 titles in two separate divisions at the 2016 Pennsylvania East Coast Steel Challenge.

For more information about Magnum Research products, visit the website at www.magnumresearch.com.