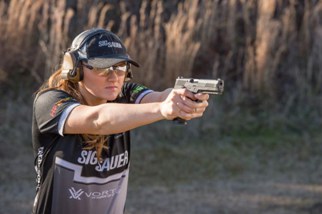 “I’m extremely excited to once again win the NRA Ladies World Title,” said Lena Miculek. “Without a doubt, this match challenges you like no other competition. Every competitor at the NRA World Shoot is a specialist to some degree, and to be tested in 12 different, distinctive disciplines is amazingly difficult.”

This year’s NRA World Shooting Championship featured more than 200 shooters competing for $250,000 in cash and prizes across three divisions. Throughout the three days of competition, participants were pushed to their limits as they competed across 12 stages of fire, which included multiple shooting platforms.

“What has made this competition so great in the past is that it has truly been about the competitors and their skills,” said Miculek. “Everyone in the Stock Division is required to shoot the same firearms and ammo on the same stages. The only variable is the shooter. To me, this is a true test of one’s shooting ability across all of the major shooting disciplines.” 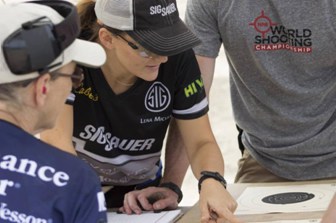 Miculek, who competed in the Stock Professional Division, finished the match in 12th place overall. Her final score of 2816 was enough to edge out her mother, and this year’s 2nd High Lady, Kay Miculek. Dianna Muller, the 2015 defending champion, placed third in the Ladies Category.

“Nothing makes competition better than competing with people you are close to and respect,” said Miculek. “Some people suggest that you shouldn’t be friends with your competitors because that only makes them harder to beat. I disagree. All of the ladies in this year’s competition are fierce competitors and while we are all trying to reach the same goal; we are all also encouraging each other at the same time. To me, the people in the sport are what makes it so great.”

For more information, please visit us at www.sigsauer.com.