Competing in the first 3-Gun Nation Pro Series event of the year, Dingler secured the second of two automatic entries in this year’s championship event. 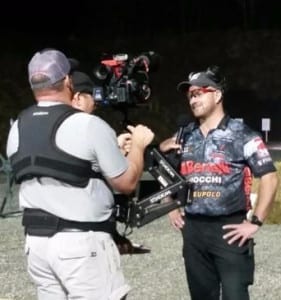 “It feels great to start the 2016 shooting season with an event like this and knowing I’ve secured my place in the championship,” Dingler said. “Knocking the ice off the guns after a long winter my Benelli saved me in the eliminator shoot off against the great Jerry Miculek.”

Team Benelli 3-Gun competitor Heather Miller added to the team’s successful season opener with the High Lady score in the Tame the Tower event, which was also staged at Virginia International Raceway.

“After a cold but successful offseason training for the 2016 season, I was really excited to compete in my first match of the year,” Staskiewicz said. “After 10 tough and technical stages it was great to see my hard work pay off and my equipment run flawlessly.”

“The Missouri 3-Gun Championship was an opener for most of the team and I couldn’t be happier about our finishes. The courses of fire were long, intricate and challenging,” Muller said. “Nate winning the Tactical Optics Division is one thing, but to also win high overall and beat everyone else by 15 percent is amazing.”

For the latest news and product information about Benelli 3-Gun models including the acclaimed Performance Shop M2 3-Gun Edition, go to http://www.benelliusa.com.