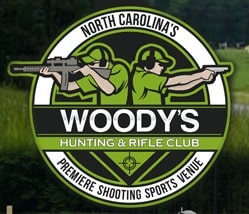 “The Woody’s Precision Rifle Series events have been a mainstay on the PRS schedule for several years and MPA is proud to be the Title Sponsor for this fine event,” remarked MPA Owner Phil Cashin.

The Precision Rifle Series was created in 2012 to further the popularity of long-range shooting through a series of competitions held throughout the country. In the following years, PRS grew its base of semi-pro and pro-shooters which encourage the development of a club-level approach to the competition, encourage new members and build a larger list of participating clubs. In 2015, PRS established a classification system using its original point’s series concept for their shooters and is introducing Regional Qualifier matches to offer shooters that cannot compete on a national stage an opportunity to qualify for the coveted PRS Championship.

MPA engineers test and retest our weapons to provide customers with one of the most enjoyable guns available. With versatile uses such as personal and home protection, long range shooting, hunting and tactical interests, MPA products are one of a kind and backed by a lifetime warranty for original owners. Learn more about MasterPiece Arms products at www.masterpiecearms.com or call 866.803.0000.