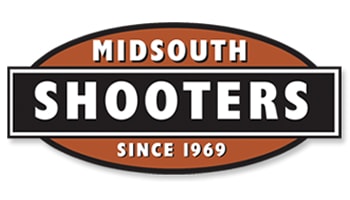 The Southwest Louisiana Rifle and Pistol Club has hosted NRA Action Pistol tournaments since 1987, and has worked continuously to improve the range. Over the last few years the match has doubled in size and last year’s championship had 75 competitors.

“We are excited to have Midsouth Shooters Supply as our Title Sponsor,” said Prize Coordinator Gary Yantis.

“The club has worked hard to duplicate the equipment and conditions found at the Bianchi Cup,” added Match Coordinator George Mowbray. “After the winter break, many of the top shooters like to come shoot a quality match prior to heading to Missouri, so by design, the timing of the tournament is approximately one month prior to the National Action Pistol Championship. We are anticipating an even larger turnout in 2016, and with the help of Midsouth Shooters, we are increasing the range capacity with the addition of a second moving target along with other improvements.”

The Crawfish Cup has been host to some of the NRA Action Pistol’s finest shooters. Past Bianchi Cup champions Doug Koenig, Bruce Piatt, Vera Koo, Rob Vadasz, SSGT Patrick Franks and Midsouth Shooters own sponsored shooter, Kevin Angstadt, compete next to amateurs and other pros from around the country. The event also attracts top International talent such as Tiffany Piper and Craig Ginger.

It’s been stated that the road to The Bianchi Cup runs through The Crawfish Cup. This Louisiana match is considered by many shooters the perfect trial and warm-up for The Bianchi Cup and has definitely taken on a life of its own.

Midsouth Shooters Supply plans to help with range improvements, provide real-time event updates and results, and help with many of the additions that the members of the Southwest Louisiana Rifle and Pistol Club believe will make the event top notch.

“We’re proud to help the Southwest Louisiana Rifle and Pistol Club achieve their goal to raise this match to the level that The Bianchi Cup is today,” says Jere Jordan, Midsouth Shooters Supply General Manager. “The Crawfish Cup has helped to develop and improve some of the finest shooters competing today, and the Southwest Louisiana Rifle and Pistol Club takes great pride in providing shooters with a world class competition. The thought of a shooter winning The Crawfish Cup and then going on and competing and or winning The Bianchi Cup, only adds to the level of excitement to this sport and the event itself. ”

The Midsouth Shooters Supply 2016 Crawfish Cup NRA Action Pistol Regional Championship will be held on April 22nd and 23rd of 2016 at the Southwest Louisiana Rifle and Pistol Club located outside Lake Charles, Louisiana.