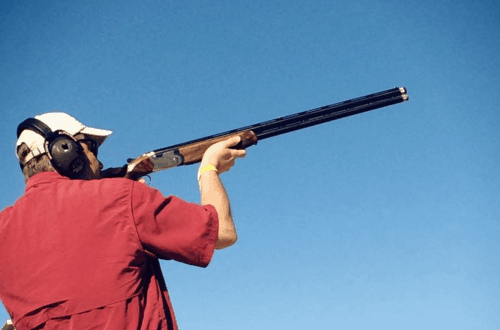 Austin, Texas (August 2015) – (ArmsVault.com) – It’s hotter than Hell here in Central Texas. Thankfully, in less than one hundred days, the hot bath that is Austin will cool down for the 2015 Texas Firearms Festival. The weather will be perfect for the 4,000+ firearms enthusiasts gathering at Best of the West Shooting Sports in Liberty Hill on Nov. 14 and 15. Tickets are already selling quickly — ahead of our fall billboard, radio and social media campaigns. And why not? Check out all the companies showing their stuff at the “try before you buy” gun show.

In addition, the Texas State Rifle Association is sponsoring our new-for-2015 Competition Zone. The National Shooting Sports Foundation’s sponsoring our VIP tent. We’ve made room for more companies in our Retail Village. What we need now: shotguns! We have three shotgun demonstration/sales areas left – just opposite the NSSF VIP tent.

If you’re interested in a retail spot or a shotgun position, please contact Lee Johnson on 832 656 5870 or email lee@texasgunfest.com. If not, click here to buy your tickets to the 2015 Texas Firearms Festival, where we shoot guns, wear short sleeves and pity our freezing northern neighbors.

About the Texas Firearms Festival

The Texas Firearms Festival is on November 14 and 15 at Best of the West Shooting Sports in Liberty Hill, Texas. Purchase tickets to the “come and shoot it” event at www.texasgunfest.com/tickets/. For more information or exhibitor reservations call Lee Johnson on 832 656 5870 or email lee@texasgunfest.com