The Ultimate Hunting Round

The Barnes TTSX® projectile received accolades in the hunting community and was a major factor in its selection to the HPR .300 BLACKOUT® line.  HPR’s new 110gr Barnes TTSX® provides hunters with a  powerhouse round has the ability to perform like a professional athlete in its prime, taking targets down with force. HPR insisted on delivering a round that hunters can rely and depend on for accuracy and power without sacrificing one for the other. It expands consistently with perfect penetrations ensuring clean, professional shots. HPR’s new 110gr Barnes TTSX® BLACKOUT is the ultimate mild recoil, lethal, accurate, lead free round for big game hunting. And it’s California Compliant making it a great option for hunters choosing non-toxic rounds. 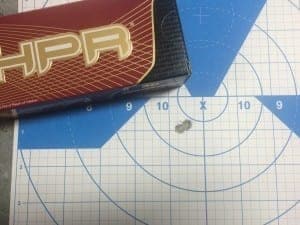 HPR strives to include all American components to their cartridges. Other countries may be able to produce products cheaper at the expense of quality and the outsourcing of jobs but, HPR believes in American quality and American jobs. HPR is the first manufacturing facility to locate in Payson in more than a decade. They are rapidly growing and are the pride of their mountain community.  For more information, visit www.hprammo.com.