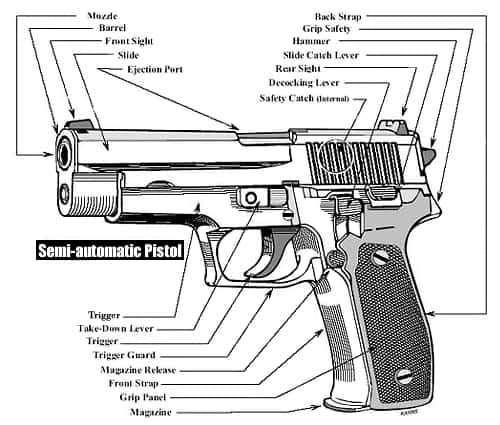 A slide is the upper portion of a semi-automatic pistol that houses the barrel and contains the breechblock and portions of the firing mechanism. As the pistol’s slide moves to the rear, the spent case is ejected. As the slide moves forward, a fresh cartridge is loaded into the chamber.

The phrase “rack the slide” describes the act of pulling the slide back to its rearmost position, and then letting it go forward under its own spring tension.

The phrase “ride the slide” describes the act of allowing your hand to rest on the slide as it moves forward during the “racking” process. This is considered incorrect technique and is a common cause of pistol malfunctions.