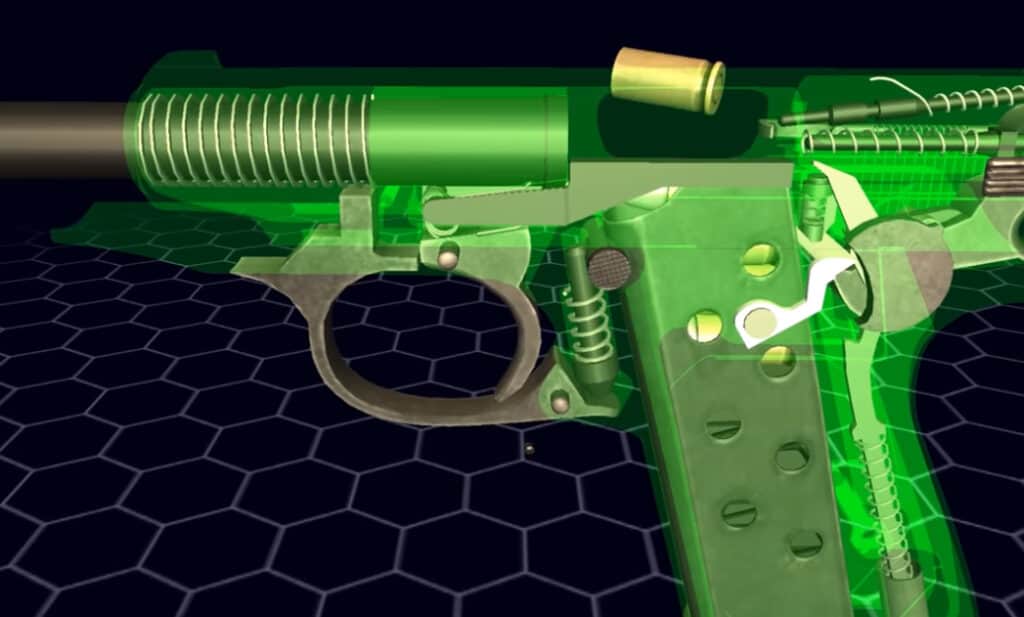 Blowback is a style of operation for self-loading firearms in which the energy of the previous shot is used to cycle for the next.

In a blowback system, the pressure caused by detonating propellant within the case causes the bullet to be pushed in one direction. That same pressure pushes the breechblock in the opposite direction, cycling the firearm.

Blowback is used in comparatively low powered firearms in which inertia of the breechblock, and cartridge wall adhesion against the chamber, are sufficient enough to retard opening until breech gas pressures have fallen to a safe level.

Demonstration of the Straight Blowback Systems in Firearms

The following video from the MouseGunner channel does a great job of illustrating the blowback system.