Cimarron to partner with ‘Spirit of the Wild’ host and one of our Nation’s most outspoken advocates for 2nd Amendment rights, the legendary guitarist, Ted Nugent for 2020.

Fredericksburg, Texas – (ArmsVault.com) – Cimarron Firearms, a leader in authentic replicas from America’s Old West, is very proud to announce a partnership with the one and only Ted Nugent for 2020. 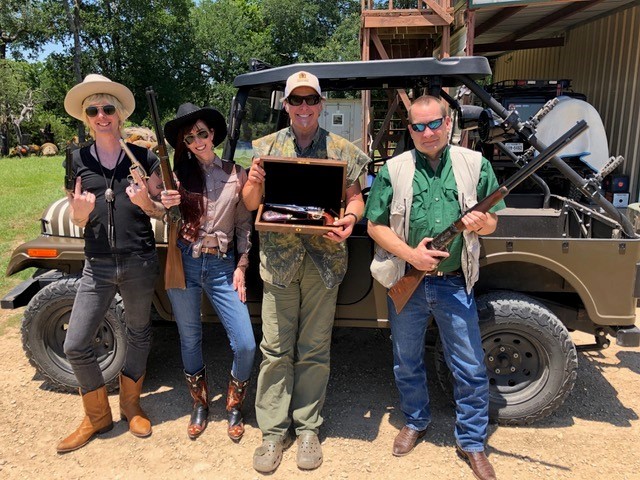 “On so many levels, this partnership makes sense,” Bryce Wayt, VP of Operations and Media at Cimarron, explained. “Ted Nugent is a passionate firearms owner and hunter and seriously dedicated to preserving our shooting and outdoor heritage for future generations. As a pro-America, pro-gun supporter and advocate for veterans and our future generations of sportsmen and women, Ted Nugent is exactly the spokesperson who best represents everything Cimarron Firearms stands for.”

Cimarron Firearms’ sponsorship will include filming for Nugent’s wildly popular “Spirit of the Wild” TV Show on Outdoor Channel starting later this year, plus promotion on the tednugent.com site and social media platforms.

Ted Nugent is known to millions as a passionate proponent of American 1st and 2nd Amendment rights and serves on the Board of Directors of Gun Owners of America and has continuously served on the Board of Directors of the National Rifle Association since he was initially elected in 1995. Nugent founded the Ted Nugent Kamp for Kids in 1989 and he and his wife, Shemane, regularly host hunts for sick and terminally ill children with Hunt of a Lifetime, Hunt for a Cure and via their own Kamp. Nugent also serves as an outspoken supporter for law enforcement and veteran groups serving as an Ambassador for Exodus Place, advancing the goal of “zero” veteran homelessness and Operation Finally Home, providing quality, mortgage-free housing for our wounded and disabled vets, and as a national spokesman for D.A.R.E., Big Brothers/Big Sisters and the Pass It On Outdoor Mentors Program. Nugent is also an award-winning author for his writings on our hunting and outdoor heritage. For many of his millions of fans, Ted Nugent is still rocking it, having sold more than 40 million albums in a career that spans six decades. “The Music Made Me Do It Again” 2019 tour kicks off July 19, 2019, in Pasadena, California.

“It really is an honor to be working with Ted Nugent. He is a great role model in so many ways for supporting 2nd Amendment rights, hunting, veterans’ groups, supporting kids’ programs and still continuing to rock the house,” Bryce Wayt, VP of operations added. As a professional guitarist himself, having toured with the Australian rocker, Laura Wilde, in 2012, Wayt had the opportunity to open for the 2012 Ted Nugent tour. “I know how hard it is to go out there every night and give it your all and very best, and that is what Ted does 24/7, 365 days a year!”

Mike Harvey, founder and CEO of Cimarron Firearms, and himself a passionate firearms owner, has been instrumental in keeping the spirit of the Old West and American history alive through the production of realistic replicas, many based on the historical originals from his private collection. Cimarron Firearms also supports youth shooting sports through their Young Guns initiative and frequently champions individuals that keep the traditions and culture of America’s West alive through their YouTube Big Guns videos.

For more information on Cimarron Firearms and accessories, visit www.cimarron-firearms.com.