April 2019 (Miami, FL) – (ArmsVault.com) – Taurus® is excited to announce that top competitive shooter Jessie Harrison won a division title and Ladies Open at the recent US National Steel Championship. The event, sponsored by Taurus and featuring a field of 460 competitors, was held April 3-6 at the South River Gun Club in Covington, GA. 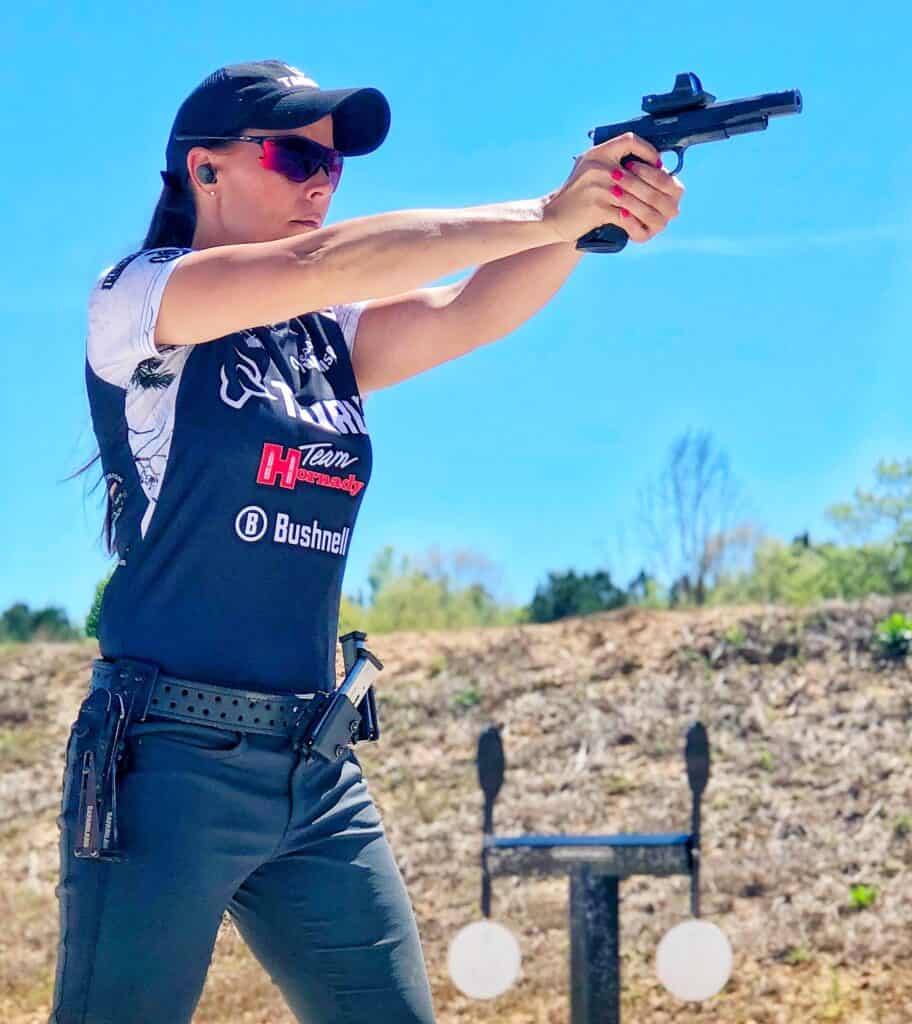 Ms. Harrison, one the most successful national shooters of all time, claimed both of her US National Steel Championship wins using her Taurus PT 1911 9mm pistols, one built for Single Stack and one customized for Open Class.

Jessie Harrison is no stranger to the winner’s podium. The talented shooter has claimed many championship wins, including the Steel Challenge World Speed Shooting Championships, many USPSA and US IPSC national championships, and even the prestigious Bianchi Cup, as well as the first USPSA Lady Grand Master.

Taurus Holdings, Inc. (“Taurus”) and its subsidiaries continues to evolve and produce revolutionary new products. In addition, new standards for quality and efficiency help deliver reliable and affordable guns to the market. Taurus is based in Miami, Florida. Taurus   is owned by Taurus Armas, S.A. which is a publicly traded company based in Brazil. Taurus Armas S.A. manufactures a wide variety of consumer and industrial products that are distributed worldwide.