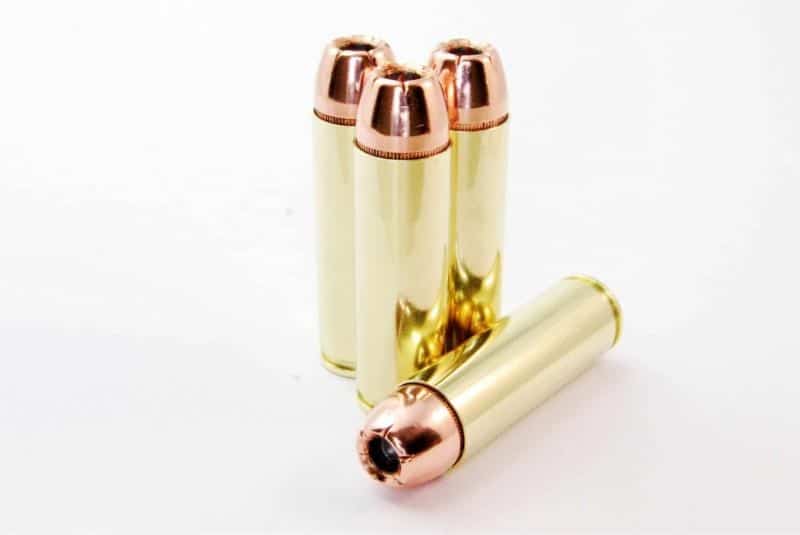 “Another ammunition manufacturer joins the group producing 500 Auto Max factory loads. We are pleased that Steinel Ammunition Company has added 500 Auto Max loads to their lineup. They join Buffalo Bore and Underwood in producing ammo for the most powerful AR type rifle in existence, the AR500 by Big Horn Armory,” Greg Buchel, president of Big Horn Armory, said.

Big Horn Armory, a firearms company dedicated to the design and production of big bore guns, brought out their interpretation of the popular AR-15 style rifle in 2018: the AR500 in 500 Auto Max. The gas operated platform was developed based on a DPMS style .308 AR and BHA redirected the design from there. Built with precision machined 18” stainless steel barrel and a lightweight aluminum receiver and Adaptive Tactical EX Performance M-4 style high-impact polymer stock (collapsible and adjustable), the AR500 is ready for dangerous game. The AR500 adjustable gas block allows the user to run subsonic

The 500 Auto Max round was originally developed by Big Horn Armory using a 500 S&W straight walled casing. The very versatile cartridge can handle anything from small to big game and makes an excellent breaching cartridge when used with the AR500 as a law enforcement CQC or duty rifle.

Steinel Ammunition Co. is a premium manufacturer of self-defense, hunting, and target ammunition. While other manufacturers may have a specific product line designated as “match” or “premium,” at Steinel—premium ammunition is all we do. We stand by our products 100 percent with a Satisfaction Guarantee return policy.