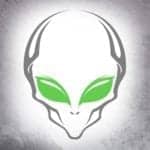 POST FALLS, Idaho – (ArmsVault.com) – In true holiday spirit, Alien Gear Holsters is giving away dozens of prizes for their DP-12 Days of Christmas giveaway. This contest runs from December 10-21.

Over the course of twelve days, participants will have 17 ways to enter the contest, with additional opportunities to enter every 12 hours. Each entry will reveal if they are an instant winner. Instant prizes include magazine subscriptions, speed loaders, gun belts, mag carriers, holsters, and more all from reputable partners like Bigfoot Gun Belts, RangeTray, and Blue Line Flex.

This is the biggest contest we’ve ever had,” said Alien Gear Holsters’ Rob Russo. “The DP-12 is one of the coolest firearms we’ve ever had for a giveaway. People are going to be really excited about this one.”

Every participant who enters the instant prize drawings will be automatically entered to win the grand prize, a DP-12 Shotgun from Standard Manufacturing. The winner will be announced on Friday, December 21, during a Facebook Live Event at 2 p.m. on Alien Gear Holsters’ page.

To enter this contest or learn more, go to AlienGearHolsters.com/contests.