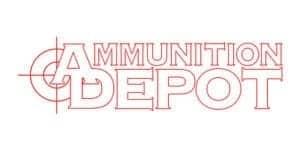 Boca Raton, Fla. (September 2018) – (ArmsVault.com) – Convenience, affordability and quality American-made products are what Ammunition Depot delivers with their new Complete Upper Combo Packs in .224 Valkyrie and .458 SOCOM, two of the most capable and attractive calibers on the market today. Within firearms communities across the nation the .224 Valkyrie is proving itself to be a valuable long-range caliber, while .458 SOCOM continues to cement its position as a hard-hitting and versatile high-powered cartridge. 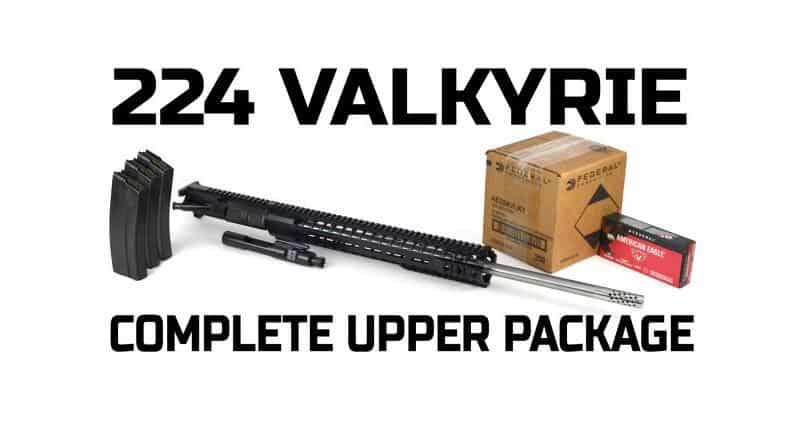 The Complete Upper Combo Packs are centered on a Radical Firearms (RF) forged upper receiver. It is made to military standards and forged from 7075 aluminum. It has a 15” free float RF M-LOK Hybrid rail and the low profile, carbine length .224 Valkyrie complete upper comes with a full BCG. The 22” barrel is made from 416R stainless steel with a 1:7 twist rate and a Pepper Pot muzzle brake. Along with the .224 Valkyrie complete upper comes three DH 6.8 SPC/.224 Valkyrie magazines made by D&H. These steel, 25-round magazines are made using high quality followers, springs and are resistance welded for consistent quality and reliability. Completing the .224 Valkyrie Complete Upper Combo Pack is 10 boxes of Federal American Eagle .224 Valkyrie 75 grain Total Metal Jacket (TMJ) rounds.

As with the .224 Valkyrie, the .458 SOCOM receiver is forged from 7075 aluminum. RF has opted for a 16” barrel formed from 4140 Chromoly with a Melonite coating, paired with a 15” custom “Hybrid” free float M-LOK rail. A 1:14 twist rate is used in the barrel, with a 5/8×32 thread pitch for the included RF Panzer muzzle brake. The low-profile carbine-length gas system hides neatly within the handguard. Three steel E-Lander .458 SOCOM/.50 Beowulf magazines are included in the Complete Upper Package. These magazines are designed to accommodate these large cartridges with features like an interior curve fit for .458 and .50 Beowulf, and a self-leveling anti-tilt follower.

“Customers are looking for convenience as part of their purchasing experience,” Scott Blick, managing partner for Ammunition Depot, said. “We continue to look for ways to offer convenient and affordable packages. Being able to purchase complete AR uppers is convenient, but we at Ammunition Depot like to take it a step further and give our customers the best magazines and top-rated ammunition to complete the package. Our solution is to make shopping easier for our customers so they don’t have to spend time looking around for products when they really want to be on the range.”

Visit Ammunition Depot for all your ammunition needs. www.ammunitiondepot.com .

Ammunition Depot was founded by freedom-loving Americans committed to American’s right and responsibility to defend themselves, their families and their country. Ammunition Depot’s goal and promise is to provide to the American public high-quality ammunition at the lowest possible price with the best customer service they have ever experienced, period.

As Ammunition Depot has grown over the years, we have been able to create numerous jobs for hard-working Americans in our home state of Florida, as well as help many charities and foundations that support our troops, law enforcement and the shooting sports. Our plan is to keep growing, keep creating jobs, keep giving and keep Ammunition Depot strong so that we can deliver the same great products and same great service for decades to come. www.ammunitiondepot.com