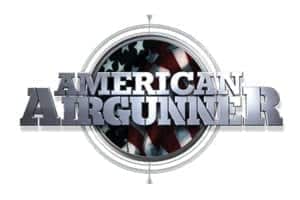 REDONDO BEACH, CA (June 13, 2018) – (ArmsVault.com) – American Airgunner is set to air its all new 2018 season on Pursuit Channel beginning July 6th. The new episodes will entertain and education as host of the show,  Rossi Morreale, and guests will bring you along with them as they dive into the world of airguns and airgun hunting.

This will be American Airgunner’s sixth season on Pursuit Channel with Rossi Morreale as host. “I couldn’t be more stoked about this season. It’s epic! We’ve gone on big game hunts with the new .50 caliber Umarex Hammer, we’ve explored various airguns from Pyramyd Air and we’re bringing new people into the world of airguns.”

This announcement about the new season of American Airgunner TV comes on the heels of Pursuit Channel’s news that Nielsen analytics from March 2018 has certified increased viewership for the network. Nielsen also highlighted Pursuit Channel as a most-frequent destination for the outdoor set, with millions of its unique viewers returning on average to their favorite network programming more than 11 times during one month. It also updated its Universe Estimate (UE) for outdoor networks, certifying Pursuit as the only North American broadcast entity currently growing outdoor-themed distribution.

American Airgunner airs during primetime on Friday evening at 8:30 pm Eastern/ 5:30 pm Pacific and on Wednesdays at 4:30 pm Eastern and Fridays at 1:30 am Eastern.