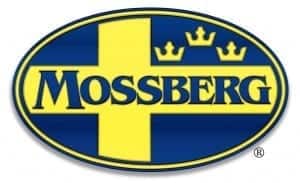 Born into a dynasty of professional competition shooters and competing since she was eight years old, Miculek established her domination with her first major championship at the 2012 IPSC Shotgun World Championship in Debrecen, Hungary; followed by a second title in 2015, when the World Championship was held in Agna, Italy.  Since actively-competing, beginning in 2011, Miculek has claimed an impressive list of titles including back-to-back 3GN Lady Championships in 2013 and 2014; Pan American 3-Gun High Lady in 2013 and USPSA Multi Gun Nationals in 2014.

Just like her father and mother, Miculek’s go-to shotgun is the Mossberg® 930™ JM (Jerry Miculek) Pro. At the core of the 930 JM Pro is a fast-cycling, gas-vent operating system which aids in recoil reduction and reduces stress and wear on operating parts. To meet the demands of competitive shooters, several performance-enhancing features were added including Mossberg’s extended knurled bolt handle; forend cut to facilitate faster reloads; oversized safety button; adjustable trigger over travel; choice of 9-shot or 10-shot capacities; and protective barrel clamp for the extended mag tube. Internal parts also receive a special corrosion-resistant finish for smoother cycling and ease of cleaning.

Follow Team Miculek on Mossberg’s Official Facebook page at www.facebook.com/MossbergOfficial and for more information on the complete line of high-performance 930 shotguns, please visit our web site at www.mossberg.com.

Founded in 1919, O.F. Mossberg & Sons, Inc. is the oldest family-owned and operated firearms manufacturer in America, and is the largest pump-action shotgun manufacturer in the world. Leading the way with over 100 design and utility patents to its credit, and standing as the first ISO 9001 Certified long-gun manufacturer, Mossberg is considered to be one of the most innovative firearms manufacturers in U.S. history. For more information on commercial, special purpose, law enforcement and military shotguns, rifles and accessories, please visit their website at www.mossberg.com.