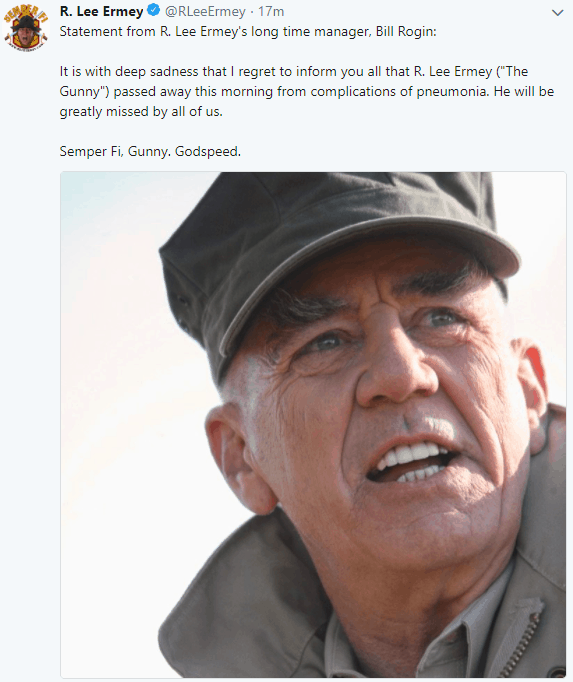 R. Lee Ermey (“The Gunny”), an American actor and supporter of the gun industry, has died today at age 74.

It is with deep sadness that I regret to inform you all that R. Lee Ermey (“The Gunny”) passed away this morning from complications of pneumonia. He will be greatly missed by all of us. Semper Fi, Gunny. Godspeed.

Ermey is known for playing Gunnery Sergeant Hartman in Full Metal Jacket, which earned him a Golden Globe Award nomination for Best Supporting Actor. He is a former United States Marine Corps staff sergeant and an honorary gunnery sergeant; during his tenure in the U.S. Marine Corps, he served as a drill instructor.