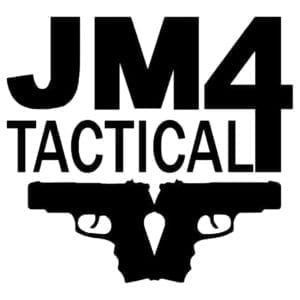 JM4 Tactical uses a proprietary holster forming technology that allows them to combine these two, otherwise incompatible materials, to make one of the quietest, most durable gun holsters ever made.

Proudly made in the United States of America with massive support for hundreds of different gun models, JM4 Tactical is set to revolutionize the concealed carry world, yet again. And, they will do so with the launch of four different RELIC models:

Each model takes US-Manufactured Boltaron Polymer, and sews Hermann Oak Grade A U.S. Steer hide to the interior of the shell that not only protects the gun’s finish from harsh plastics, but also allows for quiet drawing and re-holstering.

Chad, co-owner of JM4 Tactical had this to say about why RELIC Holsters use both leather and the US made polymer known as Boltaron, “We have determined 3 major issues with traditional plastic holsters: deformation and cracking due to extreme temperatures, damage to the firearm due to the hard plastic, and they are just rather loud when holstering and unholstering the firearm. The RELIC Holster solves all of these problems.”

The new RELIC Holsters are now available in JM4 Tactical’s online store, and prices start at $94.97 for the Appendix, Tuckable IWB, and Paddle models, with the Hybrid coming in at $139.97.

Founded in March, 2016 the main objectives for the owners of JM4 Tactical were twofold: First, they wanted to give gun owners everywhere the chance to carry their concealed gun in comfort while not having to utilize materials which damage not only guns and clothing, but also irritates the skin. Thus their flagship holster, The Quick, Click, and Carry was born. In the process of developing that holster the second objective was also completed, which was to help create long-lasting jobs for the local community. The Quick, Click, and Carry is a highly-acclaimed concealment system with excellent reviews by industry pros and sought out by many concealed gun carriers across the country. The lineup has grown since that initial gun holster to include several other concealment systems, concealed carry belts, a wallet line, and now their RELIC Holster. For more information about the products in JM4 Tactical’s lineup, or to learn more about the company itself, visit their website: jm4tactical.com