Contestants were instructed to create a holiday-themed video for the Merry Carry Giveaway and upload it to YouTube before 11:59 p.m. (PST) on Dec. 31. The top five videos have been uploaded to the contest page http://aliengearholsters.com/concealed-carry-contest, where the video with the most votes will win. 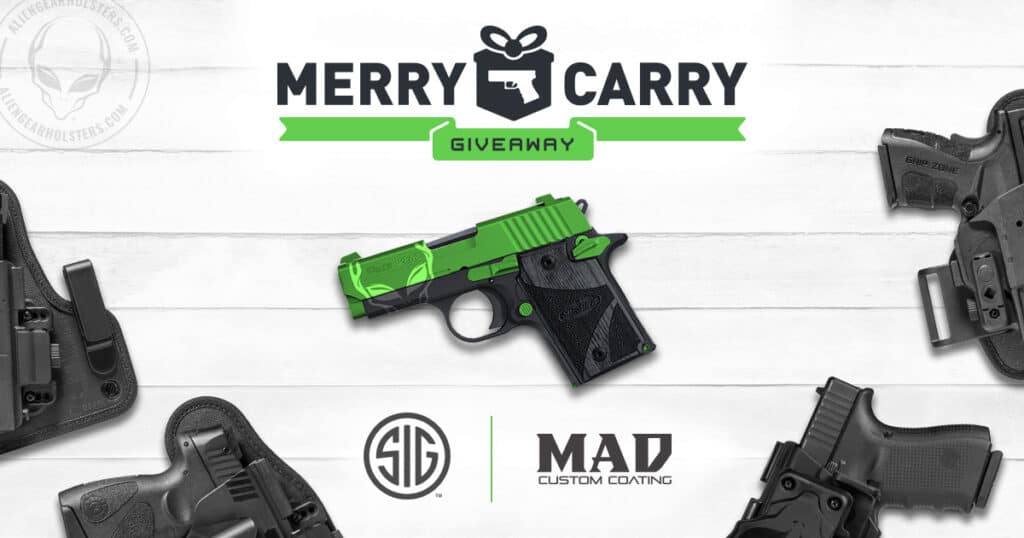 “The holiday season is a big thing around here at Alien Gear Holsters, so for this contest we wanted to go big too,” Russo said. “We want people to have fun with this contest, and we’re excited to see what kind of content our fans can make.”

Every holster position in the grand prize’s Starter Kit is custom-made for the Sig Sauer P938, down to the size and injection-molded shells.

Find more details on the Merry Carry Giveaway at AlienGearHolsters.com/concealed-carry-contest.