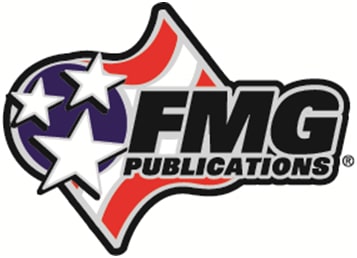 (ArmsVault.com) – The new Galil ACE is a thoroughly updated and refined Galil available in both 7.62×39 and 5.56 NATO from IWI. Featured on the January cover of GUNS Magazine, this latest iteration of the Israeli classic boasts a host of innovative features.

“IWI’s compact Galil ACE pistol has a long and distinguished pedigree,” says Holt Bodinson, GUNS contributing editor. “It’s nice to see a Galil back on the market after what has been a long period of unavailability.” Features on the new version include an innovative SB Tactical Pistol Stabilizing Brace and an ambidextrous magazine release. The test model’s new sniper-style trigger averaged 6.5 pounds and the redesigned AK-type gas tube reduces accuracy-robbing vibrations. And a vastly improved sighting system is owed to a 12.25-inch Picatinny top rail. 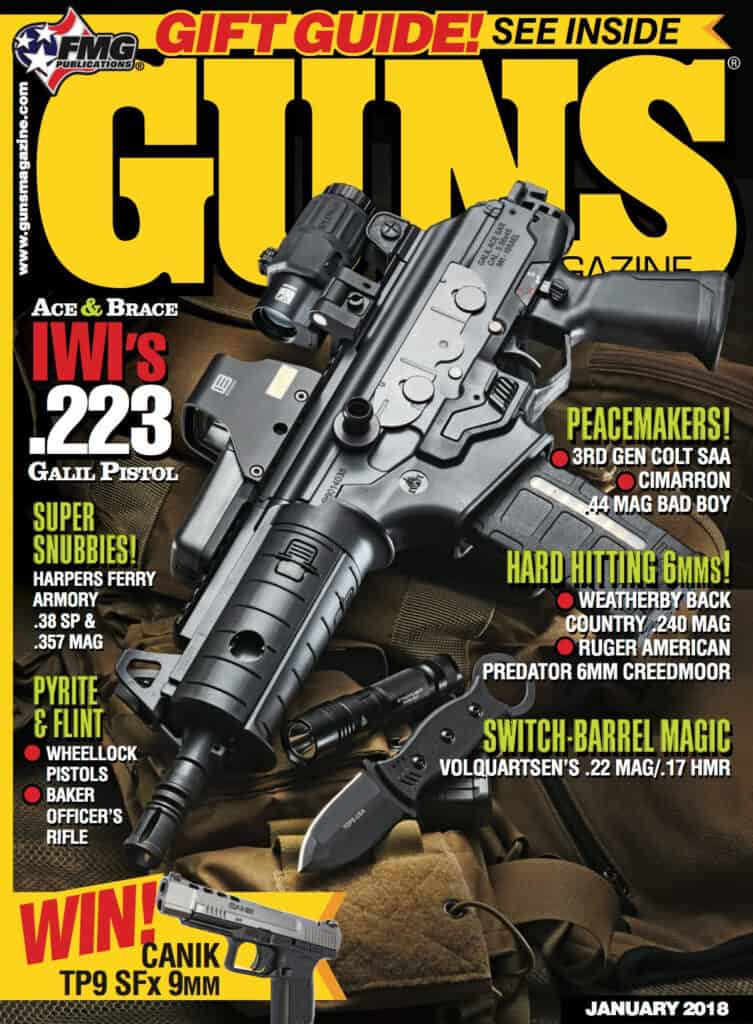 “While it fieldstrips like an AK, it’s a much tighter and more refined firearm. The Galil ACE pistol is an immediate head-turner and frankly, a whale of a lot of fun to shoot,” says Holt.

A bad reputation is a tough thing to overcome, and the 3rd Generation run of the Colt Single Action Army quickly gained one upon introduction in 1976. Nevertheless, Mike “Duke” Venturino has developed an appreciation for this particular Peacemaker series and the caliber menu it offers. Says Duke, “One reason I lavish my affections on many 3rd Generation SAA’s is Colt resurrected two of my favorite cartridges in them. The .44 WCF (.44-40) and .38 WCF (.38-40).”

One lucky reader will add a Canik TP9 SFx to their collection with GUNS’ first 2018 Gun of the Month giveaway. Recently featured on the cover of GUNS, the hi-cap 9mm up for grabs features a full-size polymer frame, 5.2-inch match-grade barrel, single-action trigger and reversible magazine catch. The winner will also receive a Venom 6 MOA red-dot sight from Vortex, one case of 115-gr. FMJ 9mm Fiocchi ammo, Walker’s Silencer Ear Buds, a competition holster from HolsterCo and a 5-Pack of Hurley’s Gold All-In-One Lubricant. This outstanding prize package is valued at $1,426.99. Readers are encouraged to enter for their chance to win by visiting www.gunsmagazine.com/giveaway.

Exclusive content is just a click away in every issue of GUNS. This month’s Online Feature, “The Home-Carry Handgun” presents the logical counter to the increasing threat of home invasion. The January issue of GUNS is on newsstands now with a digital version available for purchase online at www.gunsmagazine.com/digital-version/