BJ placed 1st in the Open, Limited, Single Stack, and Production divisions.  He placed 3rd in the Rimfire Optic Pistol division and 11th in PCC. Bj’s aggregate total of Rimfire, Limited, and Open put him in 1st place as the 2017 Steel Master. To top off a great performance, BJ also set a new world record, shooting his Wilson Combat Tactical Carry, in the Limited division with a total time of 79.39 seconds.  BJ is the first person to ever break 80 seconds with an iron sighted gun in a Steel Challenge competition. 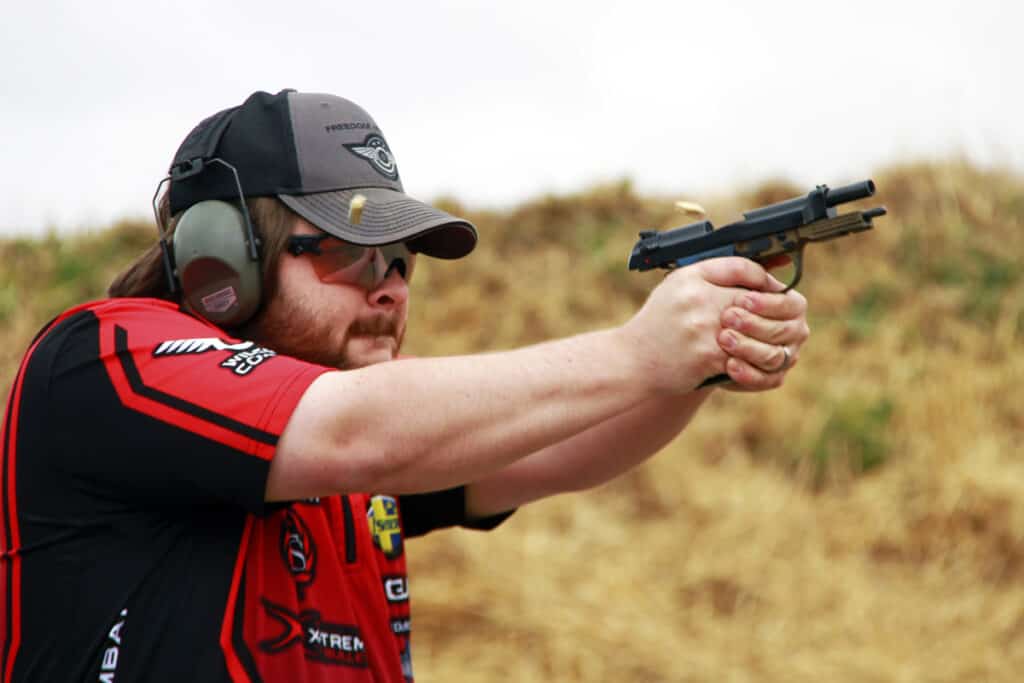 We had an opportunity to chat with BJ after the match.  We were curious as to what it was like to shoot 6 different divisions in a World match:

“This year was a unique schedule opportunity that allowed me to compete in more divisions than prior years. I knew it was going to be a challenge to stay mentally focused for that much time. With a lot of training and using high-quality equipment, I was able to stay on top of my mental management to put together a string of winning performances.”  -BJ Norris

We also asked BJ what it takes to become a Steel Master and World Record setter:

“I worked really hard this year. I was at the range before and after work most weekdays and ended up shooting about 20,000 rounds in the month leading up to the match. Putting in the work is always the great equalizing factor in competition, and is something totally within your control. Thankfully, I knew my Wilson Combat pistols can easily stand-up to this level of training intensity, so I was able to enter match day with total confidence in both my ability and equipment.” -BJ Norris

Wilson Combat is extremely proud of BJ and all of his accomplishments.  He is not only a great ambassador for Wilson Combat, but also to the shooting sports. Congratulations BJ!

Since 1977 Wilson Combat has been the leading innovator in high-performance, custom 1911 handguns, tactical long guns and accessories. A Wilson Combat product’s unmatched level of exceptional reliability and peerless craftsmanship is only equaled by our legendary customer service. Learn more about us at http://www.wilsoncombat.com