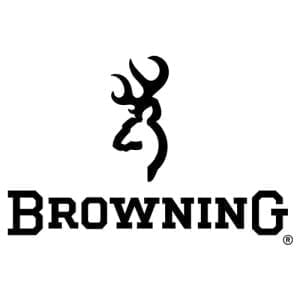 (ArmsVault.com) – Several features have made the Browning Buck Mark a popular pistol among target shooters and hunters. Buck Mark pistols are made in the USA on a machined aluminum frame and feature a precision-rifled barrel, blow back action, crisp single-action trigger and adjustable sights.

A Buck Mark Field Target Suppressor Ready model has been introduced for 2017. This model features a heavy round 5-1/2” barrel and is threaded to accept a suppressor. A thread protector is included. An integral optics base is featured, along with an adjustable Pro-Target rear sight and front blade sight. Laminated Cocobolo target grips are included. Suggested retail price is $599.99. A Buck Mark Field Target model is also available with identical features but is not suppressor ready and has a suggested retail price of $579.99.

Also introduced is the Buck Mark Lite UFX model for 2017. This model features a 5-1/2” steel barrel with the Buckmark logo machined into the top of the lightweight alloy fluted barrel sleeve. It has the same features as the Buck Mark Lite Flute UFX model with the addition of a Picatinny rail mounted on the bottom of the barrel to accommodate a light or laser. Suggested retail is $589.99.

Browning has added four new models to the Buck Mark Plus line. The models are the UDX, Stainless UDX, Rosewood UDX and Practical URX. The three UDX models all have a 5-1/2” barrel: Stainless on the stainless model and matte blued on the other two. The Practical UDX has a tapered 5-1/2” bull barrel. All four pistols have a new Picatinny rail for optics with an integrated Pro-Target white outline adjustable rear sight. A TRUGLO®/Marble Arms® fiber-optic front sight is also featured. Grips on the UDX models are brown laminated wood, rosewood on the Rosewood model, black laminated wood on the Stainless model and the Practical model includes ambidextrous URX grips. Suggested retail is $549.99 for the UDX and Rosewood models, $599.99 for the Stainless model and $479.99 for the Practical model.

For more information on Browning products, please visit the website at www.browning.com.