“I was rewarded with five consecutive tings of those 180-grain Federals striking the steel. The bullet strikes measured just under eight inches apart. The Bruin was giving me point-blank sighting, from in close to 100 yards. The lesson? Put the sights on point of aim and you’re going to hit the target,” he says. 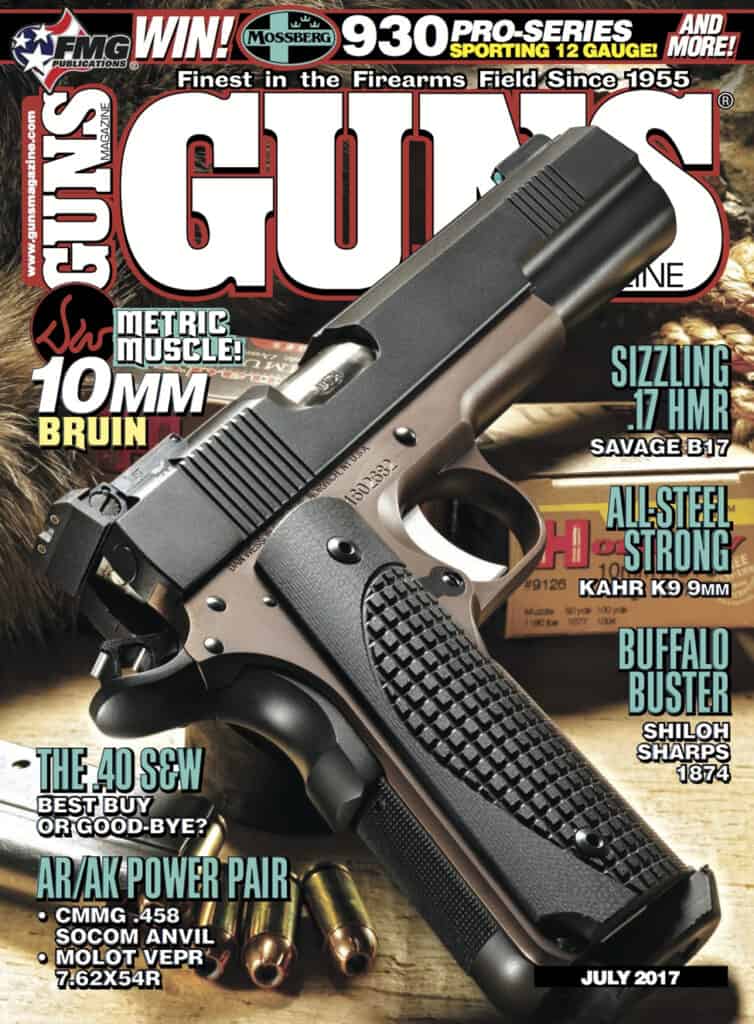 American and Western soldiers have been facing the wrong end of a Kalashnikov rifle for better than half-a-century now, and if the Molot Vepr catches on, big-game populations in the Lower 48 could reap the same whirlwind. Molot, a Russian factory famous for the RPK 7.62mmx39mm, has modified their sturdier version of the basic AK-47 into a hunting rifle chambered for more decisively lethal hunting calibers. Editor Jeff John profiles the Vepr in 7.62x54R: “It certainly shoots well enough to make the resident deer populations nervous, and the round delivers plenty of power.”

This month’s giveaway package encourages a bit of friendly competition with a Mossberg 930 Pro-Series Sporting Shotgun. Among its many features, the 12-gauge clay shooter sports a dual vent-gas system, ported barrel with blue finish and TriComp fiber-optic sights. July’s winner will also receive a Böker Smatchet 2.1 and a CellVault storage container by Thyrm. The overall value of prizes registers at $1,477.99. Entry is free and can be completed online by visiting www.gunsmagazine.com/giveaway.

“History’s Great P38” details how the “Nazi Nine” set the stage for generations of DA autos in this month’s Online Feature, an added bonus to print issues. GUNS’ July issue is on newsstands now with a digital version available for purchase online at www.gunsmagazine.com/digital-version.