Warne to Give Away Unique Rifle at NRA Show

(ArmsVault.com) – Warne has announced they will be giving away a one-of-a-kind, customized rifle at the NRA Atlanta Show 2017. 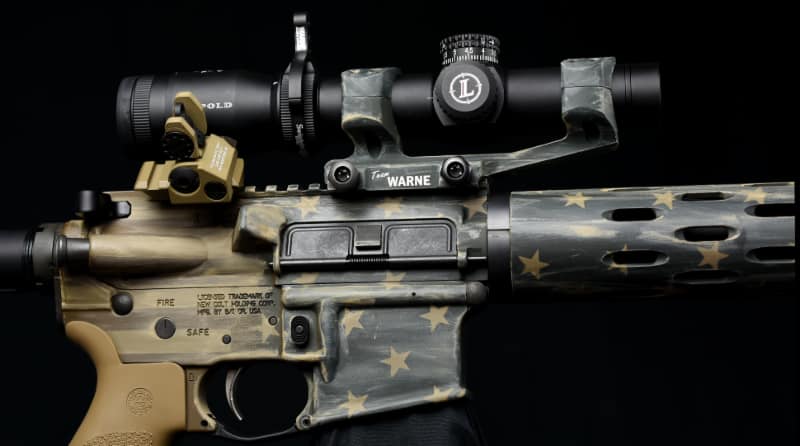 This American-All-Star Rifle features a unique, transitioning U.S. Flag paint job and is built with the following features:

Entries will be accepted upon completion of a brief survey and only at NRA Show at booth 1564.  The winner need not be present during the drawing, which will take place publicly at the end of the show on April 30th.

Celebrating more than 25 years in the industry, Warne Scope Mounts has been supplying world class Made in the USA optic mounts to the shooting industry since 1991. A leading innovator and manufacturer of scope mounting systems, WARNE is positioned to supply its branded products worldwide through distribution and dealerships, as well as servicing the industry as a major OEM supplier. Isn’t it time you “SET YOUR SIGHTS ON WARNE”?