Timney Triggers, the oldest and largest trigger manufacturer in the world, was the first company to support the founding of the inaugural Starlight 3-Gun event, and will again play the lead role in the second annual match scheduled for March 10-11 at Copperhead Creek Gun Club in Marble Falls, Texas.

“In order to host a match of this magnitude, it takes the combined effort of numerous individuals and dedicated sponsors who recognize the significant impact that a match such as ours can have on the shooting sports industry,” said Starlight 3-Gun Organizer, Jim Shepherd. “Timney Triggers was the first company to recognize this potential and has been an ardent supporter of the match since its conception. We are thrilled that the company has once again decided to return as the presenting sponsor and look forward to their support in helping to expand the fan base of competitive shooting.” 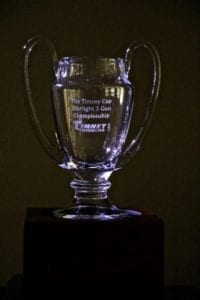 The 2017 Starlight 3-Gun match will feature two nights of amateur and professional competition, as competitors face head-to-head over seven stages of fire for the chance to walk away with $20,000. Both the top male and female finisher from this year’s match will receive a guaranteed $15,000 cash prize.

The fast-paced atmosphere of the nighttime 3-gun competition is expected to draw crowds from across the local area as well as nationwide attendees. Featuring a spectator-friendly format filled with day- and night-time entertainment, this year’s event is slated to be even bigger and better than ever with over $100,000 in cash and prizes up for grabs.

For more information regarding this year’s match, be sure to visit  www.starlight3gun.com.