SUFFIELD, Connecticut – February 3, 2017 – (ArmsVault.com) – Savage Arms recently announced two models of semi-automatic Modern Sporting Rifles to its popular lineup of high-performance firearms. On the AR-15 platform, the new MSR 15 Recon and MSR 15 Patrol are chambered in 223 Wylde, which enhances out-of-the-box accuracy and allows safe, reliable function with both 223 Rem. and 5.56x45mm ammunition. Both rifles redefine the category with the kind of tack-driving precision and seamless performance you’d expect from a Savage. Shipments are currently being delivered to dealers. 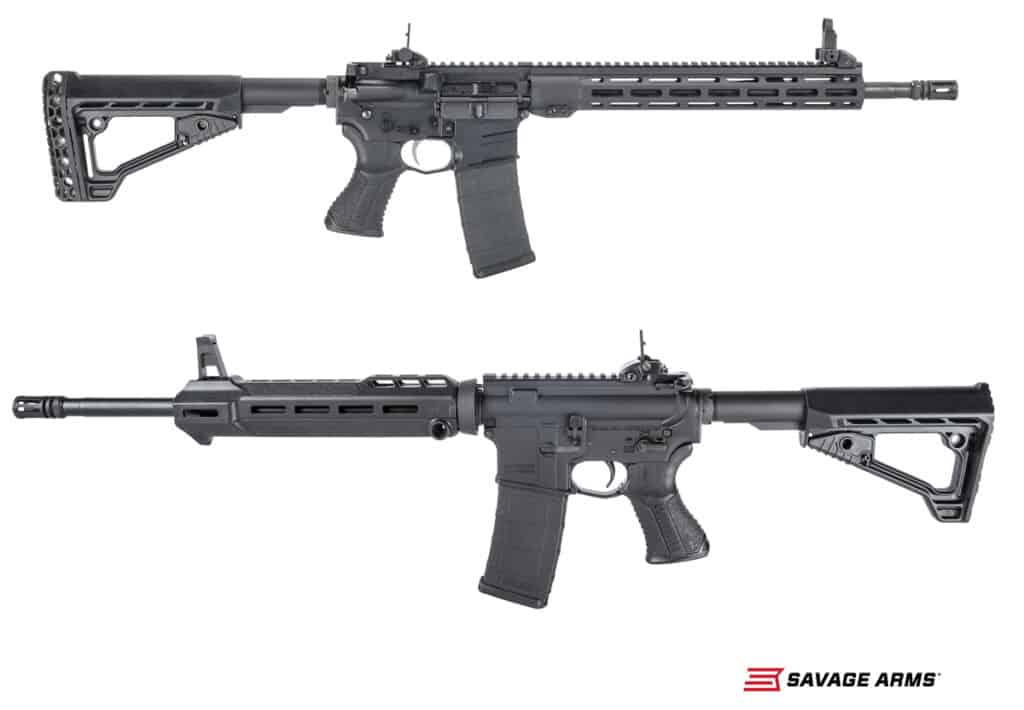 Savage’s new MSR 15 Recon comes standard with upgrades serious shooters demand, including a BLACKHAWK! AR Blaze trigger, free-float handguard and upgraded Savage barrel with a 223 Wylde target chamber. Its 5R rifling and a Melonite QPQ finish ensure the most consistent, accurate performance in any conditions, while the Recon’s custom-forged lower receiver and BLACKHAWK! adjustable buttstock and pistol grip impart a look that stands out from the crowd.

The new Savage MSR 15 Patrol is a step up from the many rack-grade M4 clones popular today. With an upgraded barrel featuring a 223 Wylde target chamber, 5R rifling and a Melonite QPQ finish, the rifle delivers accuracy well beyond mil-spec. A BLACKHAWK! handguard, pistol grip and adjustable buttstock further separate the Patrol from all other MSRs.

To learn more about Savage Arms and its new line of MSRs, visit www.savagearms.com/msr.

Headquartered in Westfield, Massachusetts for more than 100 years, Savage Arms is one of the world’s largest manufacturers of hunting, competition and self-defense centerfire and rimfire rifles, and shotguns. Their firearms are best known for accuracy and value. The entrepreneurial spirit that originally defined the company is still evident in its ongoing focus on continuous innovations, craftsmanship, quality and service.