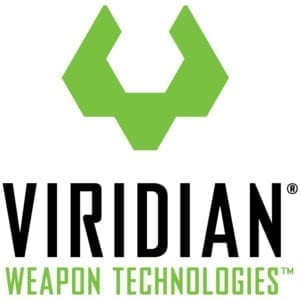 Minneapolis, MN — January 13, 2017 – (ArmsVault.com) – Viridian® globally announced today that it has rebranded its corporate identity and logo to better communicate the company’s journey, evolution and long-term vision as a pioneer within the firearms industry.

“Rebranding a company is never a decision to be taken lightly,” said Director of Marketing Mike Dinndorf. “Yet ultimately, your brand is your promise.  As a company evolves – like Viridian has over the past decade – it became clear the time was right to re-align the Viridian brand to encapsulate the company’s bold vision for the future.  I’m very confident that our new name, Viridian Weapon Technologies™, and our new “VINDICATOR V” logo better expresses that forward-thinking direction.”

“We may be best known as the company that brought green laser sights to the industry, but innovation is at the heart of everything we do,” said President and CEO Brian Hedeen. “And as you’ll see in 2017, we’re much more than just green lasers. For those attending SHOT SHOW 2017, make sure booth #653 is at the top of your must-see list!”

Viridian Weapon Technologies has several exciting product announcements planned in the near future.

Viridian® is the leader in weapon-mounted technology and responsible for a number of firearm innovations including green and red laser sights, FACT™ weapon-mounted cameras, ECR® INSTANT-ON® Activation, TacLoc® holsters, taclights, LED weapon-mounted illuminators and shooting accessories. Headquartered in Minneapolis, Minnesota, Viridian is devoted to applying cutting-edge technology to design compact, powerful self-defense products for the civilian, military, and law enforcement markets. Viridian products are designed and built in the USA.