(ArmsVault.com) – The January issue of Shooting Industry delivers more new products, market predictions and an in-depth SHOT Show preview to equip readers for a successful business year. Added insight from “Pipeline to Profits” outlines the framework and advantage of a cohesive manufacturer-distributor-dealer relationship.

Following the surprise election of Donald Trump, industry executives and dealers provide their sales forecasts in a “normalized” market. Editor Jade Moldé considers what can be expected in 2017. 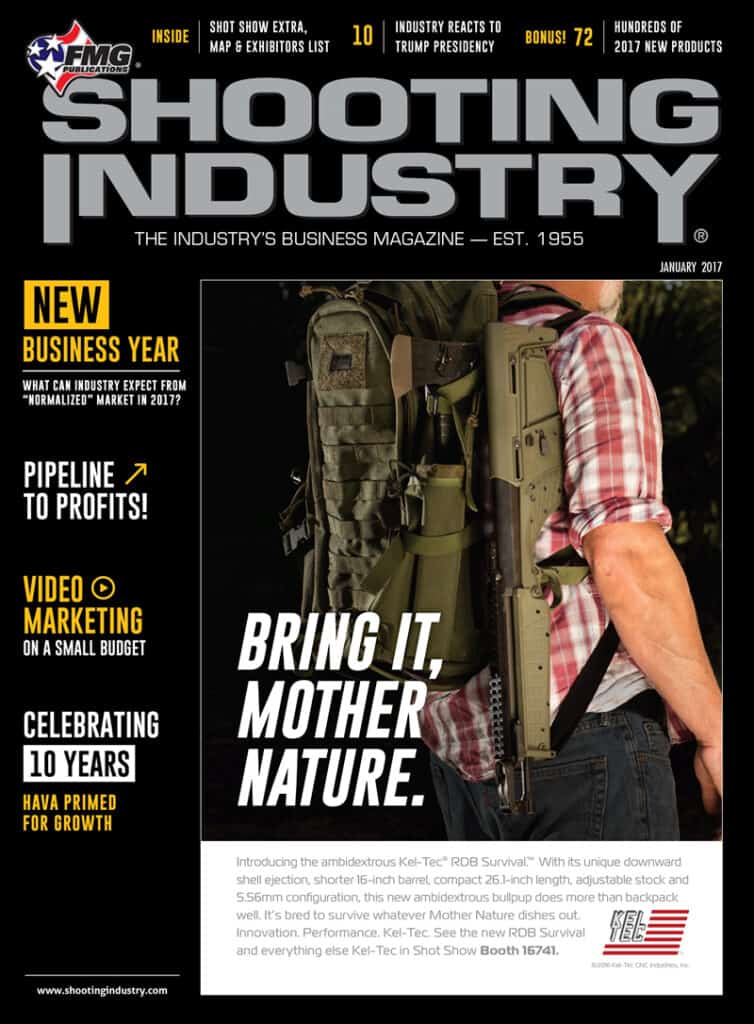 “While the favorable results of the presidential and congressional elections may contribute to a softened market in 2017, industry executives are in agreement it will present fresh, long-term openings for the industry,” he offers. “Following the furor of the nearly two-year election cycle, dealers are anticipating more clarity in how the market responds.”

When the industry lands in Las Vegas later this month, SHOT Show attendees will appreciate the highlights detailed by Carolee Anita Boyles to “Gear Up” for this annual trade show. To complement the commentary from NSSF executives, show details and special event information, a detailed floor map and the SHOT Show Exhibitors Guide is included with the issue.

The two-part 2017 New Product Showcase concludes with a 24-page array of hundreds of items — ranging from technologically advanced optics and new firearms to protective bear spray and self-defense ammunition. Additional coverage inside the January issue includes a look at the accomplishments and vision for the future of HAVA (Honored American Veterans Afield) during its 10-year anniversary in 2017 and creative ways to add video marketing into the year’s media plans, even on a small budget.

The entire January issue can be accessed online at www.shootingindustry.com/digital-version.