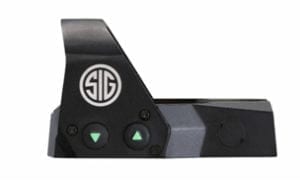 Selected by a committee of Guns & Ammo’s editors, contributors and staff members, the G&A Awards recognize new and innovative products in the marketplace. To be considered for one of the seven award categories, products must be new, available for purchase, demonstrate quality and reliability to a degree that meets or exceeds its design and objective, and have mass appeal. In order to protect the credibility of the awards program, no manufacturers, advertisers or sales representatives were informed of the Guns & Ammo evaluation or final selection process. 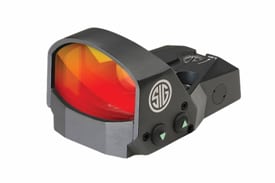 Guns & Ammo characterized the ROMEO1 mini reflex sight in the December issue of the magazine by saying:

“Of all the existing mini red dot sights (MRDS) products currently on the market, a few requirements have risen as priority considerations for serious users – and the ROMEO1 has them all. Starting at $300, the ROMEO1 rivaled and generally exceeded the performance of optics in this category costing twice as much.” 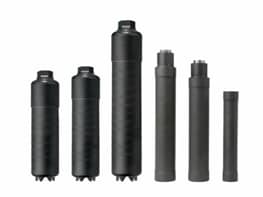 The publication also went on to recognize SIG SAUER’s family of silencers by saying:

“Though SIG SAUER is better known for handguns and rifles, the brand has cleverly innovated these muzzle devices in two ways. First, SIG SAUER designed the first tubeless rifle silencer ever produced…Without an outer sleeve, there is increased volume, which lowers pressure and temperatures and reduces its signature. Second, SIG SAUER introduced the Taper-Lok mounting system. In our testing, G&A editors found that this attachment method resulted in the least amount of zero-shift, even after installing and removing the can several times.”

To read Guns & Ammo’s full review on the ROMEO1 and SIG SAUER silencers, be sure to pick up the December issue of the magazine on newsstands starting November 1.