Madison, NC – (ArmsVault.com) – Remington Arms Company, LLC, (“Remington”) is proud to announce today that its own Jay Bunting recently won the HAA World Skeet Championship.  The event was held at the National Gun Club on October 3-8, 2016 in San Antonio, Texas. 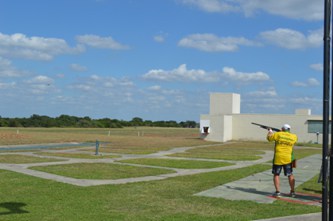 After taking home the World High Average Leader in 20ga for 2015 Bunting returned in 2016 to win the World Championship HAA (High All Around) event with a score of 548.  That is based on a possible best score out of 550 targets.

To take the High All Around Championship, Bunting shot the following totals for the event:

After the scores were totaled, Bunting tied with Mike Peterson who also had a score of 548.  A shoot off was held for the championship, shooting doubles on stations 3, 4 and 5 with the 410 bore. Bunting ultimately won the title using Remington’s  NEW American Clay & Field 410 loads. 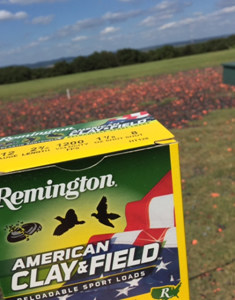 Bunting used a winning combination of Remington’s American Clay & Field ammunition, and a pair of shotguns including a Remington Model 11-87 target shotgun.

Remington Arms Company, LLC, (“Remington”) headquartered in Madison, N.C., designs, produces and sells sporting goodsfor the hunting and shooting sports markets, as well as solutions to the military, government and law enforcement markets. Founded in 1816 in upstate New York, the Company is the nation’s oldest continuously operating manufacturer and continues to manufacture in its original plant located in Ilion, NY. Remington is a privately-held manufacturer of firearms, silencers, and ammunition products and one of the largest domestic producers of ammunition, shotguns, and rifles. The Remington family of companies has 12 locations across 9 states employing over 3,500 people and distributes its products throughout the U.S. and in over 55 foreign countries.

More information about the Company can be found at www.remington.com.