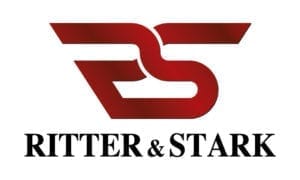 Ritter & Stark was formed in 2015 in an area of Austria well-known for introducing to the world some of the most innovative firearm systems ever produced. Bringing together highly skilled engineers, talented firearm designers, technologically advanced R&D and state-of-the-art manufacturing, Ritter & Stark developed a modular rifle platform designed to allow the user to customize it to be mission specific. The SX-1 Modular Tactical Rifle can be quickly and easily interchanged between a .308 Win., .300 Win Magnum and a .338 Lapua Magnum. The SX-1 allows operators to incorporate aftermarket magazines and drop-in upgrades with AR15/M16/M4 pistol grips and buttstocks that will fit the original Ritter & Stark folding buttstock mechanism.

Multiple features on the SX-1 MTR make this the ultimate precision rifle for serious shooters. The MIL-STD 1913 Picatinny rail is installed directly on the barrel, allowing barrel interchangeability with pre-set scopes for no shift of impact when changing calibers. Easily and quickly done in the field, the patented caliber conversion system allows the barrel to be precisely positioned in the machined aluminum receiver with a greater area of contact allowing for more stability. The bolt is locked directly into the barrel breech giving the SX-1 unprecedented accuracy, shot after shot.

The SX-1 MTR barrel is processed in a unique CNC-controlled electrochemical machine. The process greatly limits any mechanical stress or the transmission of thermal effects on the barrel while ensuring a uniform match-grade barrel in either fluted or bull-barrel configuration. Unlike other precision rifles, no matter the caliber, our barrels are guaranteed to at least 5,000 rounds for .308Win and .338LM, and 2,000 rounds for .300WM before noticing any degradation in accuracy.  For the shooter, this means that every rifle we manufacture can achieve 0.5 MOA 3-¬-round groups or better with factory match grade ammunition.

Customization is key for military, law enforcement and precision long-range shooters as environments constantly change. The SX-1 MTR’s adaptability to fit the operator, as well as the scenario, is demonstrated in its adjustable cheekpiece, recoil pad, left/right folding capability of the buttstock and its acceptance of different aftermarket magazines, triggers and pistol grips. The SX-1 MTR is also compatible with other manufacturers’ AR-10 magazines in the standard configuration.

The SX-1 MTR is the rifle of the future.  It combines the newest manufacturing processes with the most technologically advanced materials and is designed by some of the world’s most highly skilled firearms engineers. Every SX-1 MTR is put through the most rigorous testing available before it’s allowed out the door.

Visit Ritter & Stark at the AUSA show and see the future of rifle systems available now at booth #3315.

Ritter & Stark, a subsidiary of HPP Precision Products GmbH in Ferlach, Austria, was founded in 2015 to provide military, law enforcement and shooting sports enthusiasts with the most advanced firearms systems, built to exacting tolerances using state-of-the-art manufacturing processes. The SX-1 Modular Tactical Rifle is the first product to launch from Ritter & Stark. Besides the SX-1 MTR bolt action sniper rifle, the company is already working on other products, which are planned to be released in 2017. www.ritterstark.com