Fullerton, CA – (ArmsVault.com) – Applied Ballistics Munitions is proud to announce the release of their 300 Norma Mag Mission Ready Ammunition, loaded with 215 and 230 grain Berger Hybrid Target bullets.  In standard sea level conditions, both of these loads remain supersonic out to 1500 yards.  The bullets are transonic stable, which means shooters can accurately predict trajectories out to a mile and beyond. 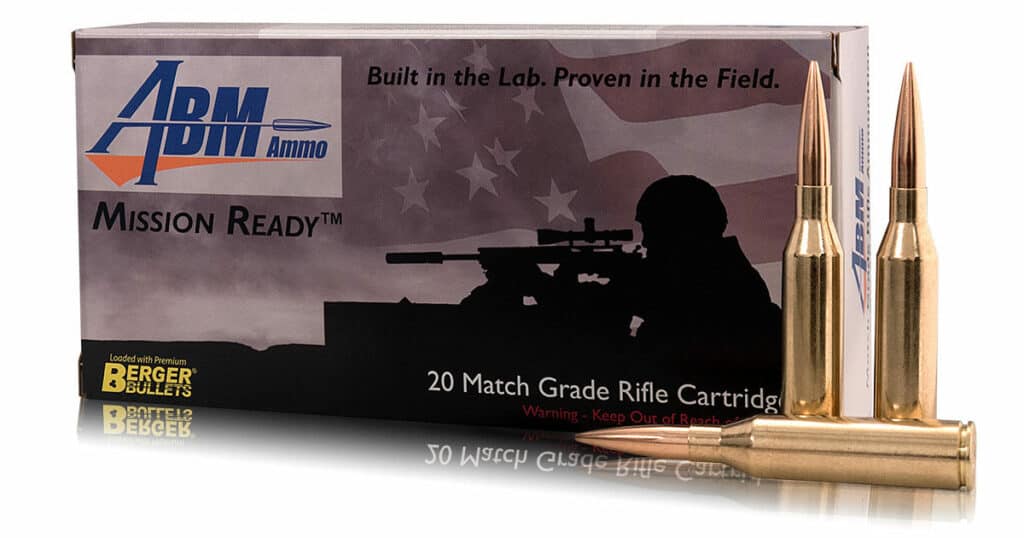 The 300 Norma is an exceptional cartridge, producing high velocities with heavy bullets, while maintaining its inherent precision and consistency in modern rifles.  Chief Ballistician Bryan Litz says, “I’ve seen more first round hits at a mile with the 300 Norma than any other cartridge.”  The combination of high BC Berger Hybrid Bullets, high and consistent muzzle velocities, along with the inherent cartridge precision makes this round a very exciting option, and Berger is thrilled to make it available to their customers.  The 300 Norma Mag ammunition is available for immediate purchase.

In 2011, Bryan created Applied Ballistics Munitions to fill a growing need for quality ammunition in the target competition and tactical community. ABM quickly became known within the long range shooting world as the best ammunition available in the market. Excited about the possibilities of creating ammunition that could fill needs in the hunting community as well, Berger Bullets purchased ABM from Bryan in 2013 on the condition that he would continue his work in research, development, and testing of all their ammo. To find out more about ABM Ammo, visit www.abmammo.com.

Built in the lab. Proven in the field.