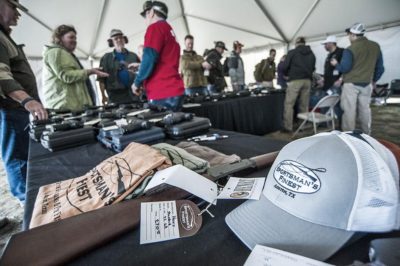 The 2016 Texas Firearms Festival is good to go!

All our shooting positions are sold out. There are seven positions available in the Retail Village for just $500 a piece (includes a 10×10 tent and a table).

If you’d like to sell your goods or services at the 2016 Texas Firearms Festival, please email michelle@texasgunfest.com.

The Texas Firearms Festival is the world’s largest shoot – shop – buy event, now in its third year. Some 3k ticket holders sample firearms and gear from a huge range of major manufacturers and smaller companies at Best of the West Shooting Sports in Liberty Hill (just outside of Austin).