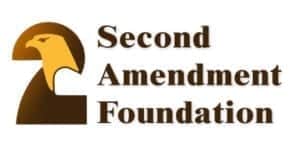 BELLEVUE, WA – (ArmsVault.com) – With the national and local elections looming in six weeks, hundreds of Second Amendment activists will gather in Tampa, Florida this weekend for the 31st annual Gun Rights Policy Conference, at the DoubleTree by Hilton Hotel.

This important annual conference offers two days of panel discussions and presentations involving many of the top leaders in the firearms community. They will all be focused on the Nov. 8 elections.

Virginia attorney Alan Gura, who won both the 2008 Heller case and the 2010 case of McDonald v. City of Chicago before the U.S. Supreme Court, will be one of the highlight speakers. He will be joined by Alan Gottlieb, founder of the Second Amendment Foundation (SAF) and chairman of the Citizens Committee for the Right to Keep and Bear Arms (CCRKBA); Mark Walters, host of the national radio show Armed American Radio; Tom Gresham, host of nationally-syndicated Gun Talk radio; nationally-recognized firearms instructor and self-defense authority Massad Ayoob, and Professor John Lott, author of The War on Guns and a Fox News.com contributor.

More than 75 speakers will participate in a wide range of panel discussions covering topics from this fall’s elections to state legislative activities, working with the press, and other important Second Amendment issues including personal protection.

In addition, SAF and CCRKBA leaders will be joined by representatives from the National Shooting Sports Foundation, Gun Owners of America, the National Rifle Association, Breitbart.com, the Washington Times, Washington Free Beacon and Jews for the Preservation of Firearms Ownership, who will also be speaking.

The weekend event typically attracts more than 700 gun owners, activists and experts from across the country. Attendance is free, and on-line registration is available at www.saf.org.

Conference activities kick off Friday evening with a reception, and the main event  Saturday, Sept. 24 & Sunday, Sept. 25 The DoubleTree by Hilton is located at 4500 W Cypress St, Tampa, FL 33607