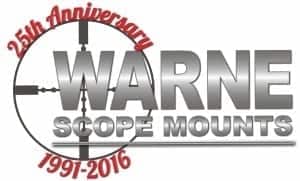 (ArmsVault.com) – It was a blustery afternoon at the Central Oregon Shooting Sports Association (COSSA) range in Bend Oregon as 200 competitors gathered for a well-earned lunch, followed by an awards presentation to the top shooters of the 2016 Warne Scope Mounts Northwest Multigun Challenge. Shooters were certainly challenged by the 9 “prison breakout” themed stages, but also by sporadic weather during the 3 days of competition.  Team Warne shooters were dominant with several shooters finishing at or near the top of the leaderboards.

CONGRATULATIONS to our Team WARNE shooters:

Celebrating our 25th Anniversary in 2016, Warne Scope Mounts has been supplying world class Made in the USA optic mounts to the shooting industry since 1991.  A leading innovator and manufacturer of scope mounting systems, WARNE is positioned to supply its branded products worldwide through distribution and dealerships, as well as servicing the industry as a major OEM supplier. Isn’t it time you “SET YOUR SIGHTS ON WARNE”?