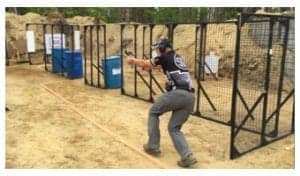 At this year’s USPSA Area 7 Championship, Michel faced off against 295 competitors from across the country. With seven divisional titles up for grabs along with the Overall title, competitors took aim against obstacle-laden courses as they were required to draw their firearms, negotiate obstacles, and shoot on the move, all while engaging a variety of steel and paper targets.

Michel, who competed with a customized SIG SAUER® double-stack 1911 pistol, was able to secure a top-place finish in each of the 10 stages of fire, earning him a perfect match score of 1020.0. This incredible performance allowed Michel to easily take home the Open Division title by placing him more than 217 points ahead of the second closest divisional competitor.

“I have always enjoyed competing in USPSA matches and this year was no exception,” said Michel. “At every competition, the courses of fire are always challenging yet enjoyable to shoot. Each competitor knows that in order to excel a tremendous amount of preparation and dedication has to be exhibited, and I’m reminded of this every time I step out to compete.” 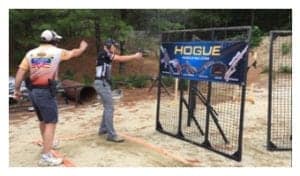 As Michel made his way through the 10 stages of fire, he remained confident that his gear would be ready for the task at hand regardless of what challenges laid ahead.

“Any time you compete in a sport that has no do-overs, having confidence in your equipment is a huge advantage,” said Michel. “I have always been able to count on my SIG pistol to run flawlessly, allowing me the ability to focus on my own performance. Being able to accurately breakdown a stage so that it best suits your own strengths is something that can set you apart from your fellow competitors. Having the right gear is an essential part of the equation.”

Up next on Michel’s schedule is the MGM Junior Camp on July 22nd. He will serve as the lead instructor at the camp, which provides a hands-on introduction to the sport of competitive shooting for 60 kids.

SIG SAUER, Inc. is a New Hampshire-based weapon systems provider leading the industry in American innovation, ingenuity, and manufacturing. SIG SAUER® brings a dedication to superior quality, ultimate reliability, and unmatched performance that has made it the brand of choice among responsible citizens, and many of the world’s most elite military, government, and law enforcement units. As the complete system provider™, SIG SAUER offers a full array of products to meet any mission parameter, from handguns and rifles to silencers, optics, ammunition, accessories, and ASP (Advanced Sport Pellet) airguns. The largest member of a worldwide business group of firearms manufacturers that includes SIG SAUER GmbH & Co. KG in Germany and Swiss Arms AG in Switzerland, SIG SAUER is an ISO 9001: 2008 certified company with more than 1,300 employees. For more information on SIG SAUER, any of its products, or the SIG SAUER AcademySM, log on to www.sigsauer.com.