MORRISTOWN, TN. (July 12, 2016) – (ArmsVault.com) – Starlight 3-Gun LLC, the company behind the shooting industry’s only nighttime national 3-Gun match, announced today that the 2016 Starlight 3-Gun match presented by Timney Triggers will be held November 10-12, at Copperhead Creek in Marble Falls, Texas. The second annual 3-Gun match will feature three days of amateur and professional competition, as competitors face head-to-head for some of the largest cash purses and prize packages ever offered.

“The foundation for the Starlight 3-Gun match was based on one underlying principal – to help popularize the concept of athletic shooting competitions by making them entertaining to shooters, non-shooters and spectators alike,” said Starlight 3-Gun organizer, Jim Shepherd. “By focusing on providing attendees with an enjoyable yet safe experience, we are able to expose a larger portion of the population to the exciting world of competitive shooting while showcasing the tremendous talent of these world-class competitors.” 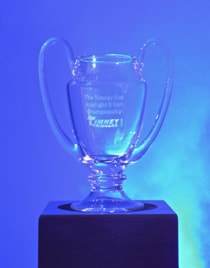 Designed to recognize the athletic prowess of today’s professional shooters by combining low-light scenarios with the fast paced atmosphere of 3-gun competitions, the 2016 Starlight 3-Gun match features a spectator-friendly format filled with day- and night-time entertainment. Competitors in this year’s match will be pitted in head-to-head competition as they face off in multiple stages of fire and unique side matches, each requiring shooters to navigate intricate course layouts all while using laser sights and firearm mounted lights.

The 2016 Starlight 3-Gun match is slated to be even bigger and better than ever with over $100,000 in cash and prizes up for grabs. Well-known Match Director, Chuck Anderson, will once again be at the helm, making sure that both competitors and spectators are treated to an event unlike any other in the industry.

“This year’s Starlight 3-Gun is going to be a tremendous amount of fun for all of those involved,” said Anderson. “The things we learned from last year will not only make it more challenging for the shooters, but it will also help speed up the pace of the match, making it more entertaining on all levels. We also have some really exciting side matches planned that will be a lot of fun to watch, but we don’t want to give the whole thing away just yet.”

“But,” Anderson cautioned, “if you have any interest to shoot in this year’s match, you need to get signed up as soon as possible. Spots are already starting to fill-up and we’ve already confirmed our top five finishers from last year will be back.”

Among the list of competitors set to return include the 2015-defending champion, Nick Atkinson. Atkinson will once again face off against a hungry group of competitors which includes last year’s Top Five – BJ Norris, Kyle Simank, Todd Jarrett and Craig Outzen. The top place male and female finishers will walk away with $15,000 each and the Top Five overall finishers will automatically be qualified to compete in the SIG SAUER Championship stage which features a winner take-all $5,000 cash prize.

Sponsors for the 2016 Starlight 3-Gun match include presenting sponsor Timney Triggers and platinum level sponsors SIG SAUER, the National Shooting Sports Foundation and Mossberg. Numerous other new and returning sponsors along with multiple side-match supporters have also voiced their commitment.

For more information regarding this year’s match, be sure to visit http://www.starlight3gun.com/.

To register for the 2016 Starlight 3-Gun, please visit https://practiscore.com/2016-starlight-3-gun-championship/register.