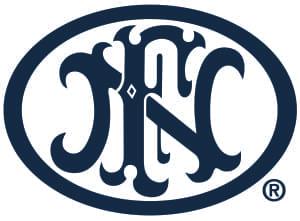 Sevigny put his skills to the test, competing in both Open and Limited Divisions on the same day at the Infinity Open. “My goal entering the match was to score a win in Limited and put my best effort into a solid finish in Open,” said Sevigny. “Given the format of the match and change of mindsets for each division, I’m proud that I was able to accomplish a High Overall finish in Limited and 5th Overall in Open.” The 12-stage, USPSA/IPSC-style courses of fire required more than 300 rounds per division. Competitors in both divisions would have shot 24 courses and upwards of 600 rounds of ammunition, total.

The WCS ‘Speed on Steel’ match was Sevigny’s return to Production Division with his FNS™-9 Longslide, competing in both Iron Sight and Production divisions and earning High Overall titles in each. “Training for Open and Limited matches versus Production is very different,” said Sevigny. “Thankfully, my familiarity with the FNS and the pistol’s competitive performance allowed me to score two runs with sub-90-second times without training.” The WCS ‘Speed on Steel’ match featured eight courses of fire and 195 rounds per division.

Additionally, FN Pro Team shooter Brooke Sevigny earned High Lady and third place overall in Production at the WCS ‘Speed on Steel’ match competing with an FNS-9 Longslide. According to Brooke, “The FNS-9 Longslide is easy to shoot quickly and accurate even when my practice days are minimal. I am looking forward to our next round of matches with FN this season.”

To learn more about the FN Pro Team and where they will compete next, please visit www.fnamerica.com or follow along on the team’s Facebook page.

World’s Most Battle-Proven Firearms™ | FN America, LLC, is a U.S. subsidiary of FN Herstal, S.A., a global leader in the development and manufacturing of high-quality, reliable firearms for military, law enforcement and commercial customers worldwide.  Headquartered in McLean, VA with manufacturing operations in Columbia, SC, FN America is passionately committed to providing its customers with a portfolio of products, training, and support services under the FN brand name that enhance their performance and safeguard their lives.  For more information, visit us at www.fnamerica.com or follow us on Facebook, Twitter, and Instagram.

The FN Pro Team is the practical shooting team sponsored by FN America, LLC.  The team is comprised of 18 world-class shooters who come from all walks of life – law enforcement, military, industry experts, etc.  All have come together because of their love of shooting and their dedication to growing the professional sport. In addition to showcasing the latest in firearms technology and innovation, team members also serve as ambassadors for all shooting sports, promoting sportsmanship, integrity, and respect in each and every match. For more information, visit us at www.fnamerica.com or visit the team’s Facebook page.